Disable the sign-out link between Chrome, Gmail and other Google services

Google Chrome users who run the recently released Chrome 69 on any desktop system may have noticed a behavior change that affects Chrome's synchronization functionality and Google accounts on the Web.

Chrome 69 was released recently with design changes, simplification of the display of URLs in the browser's address bar, e.g. omitting HTTP and HTTPS, and other changes that some users disliked.

Chrome users who sign out of  a Google service such as Gmail or Google Search will be signed out of Google Chrome Sync automatically as well.

Google calls the feature "Identity consistency between browser and cookie jar" and a Chrome representative on the official Google Chrome Help Forum confirmed that this is the intended behavior.

This is an intended behaviour if you are using the same Google Account for your Gmail and Chrome. If yes, you'll be signed out of Chrome when you signed out of Gmail account.

Some Chrome users reported that the issue impacts only some of their devices and not others which makes it even more frustrating.

Update: Starting in Chrome 70 (load chrome://settings/help to display the version), Chrome users may turn off the link between Chrome's sync functionality and Google sites in the settings. 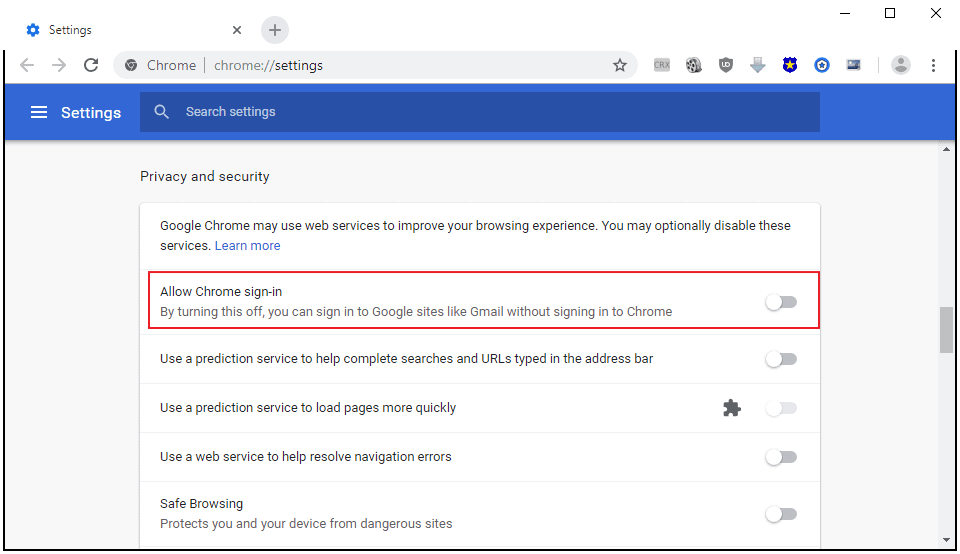 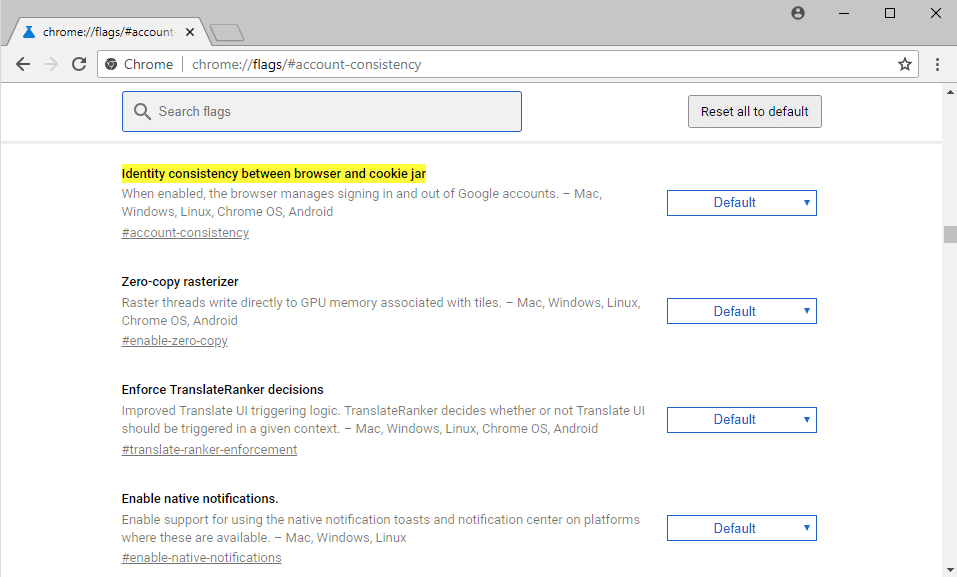 The change impacts users with multiple Chrome accounts and multi-user environments the most. Some users may prefer not to be signed in to Gmail, YouTube or other Google services all the time to avoid information overload or notifications at times.

Good news is that it is possible currently to disable the feature. Doing to breaks the link between the Google Account in Chrome that is used to sync data and Google accounts on Internet sites.

Note: Google may remove experimental flags like the one described below at any time. As long as it turns up when you run the steps below it is supported.

Chrome breaks the link between the Google account in Chrome used to sync data and Google accounts that you sign in using the browser on Google sites.

The flag works on all desktop versions of Google Chrome as well as Chrome on ChromeOS and on Android.

Chrome users who dislike the change can restore the old functionality for now. It is likely that the flag will be removed eventually from Chrome; the only scenario where this won't happen is when enough users complain about the new functionality. Google might even restore the old behavior as a consequence when that happens.

Now You: Do you find the feature useful?

Article Name
Disable the sign-out link between Chrome, Gmail and other Google services
Description
Find out how to break the link between Chrome Sync and Google accounts that you open in the Chrome web browser on the Internet.
Author
Martin Brinkmann
Publisher
Ghacks Technology News
Logo

Martin Brinkmann is a journalist from Germany who founded Ghacks Technology News Back in 2005. He is passionate about all things tech and knows the Internet and computers like the back of his hand. You can follow Martin on Facebook or Twitter
View all posts by Martin Brinkmann →
Previous Post: « Chrome's stripping of trivial domain parts is broken
Next Post: Download all Images extension for Chrome »