The updates are non-security updates that fix a large number of issues each. The update for Windows 10 version 1607 is only available to Enterprise and Education customers as support for the consumer versions of the Anniversary Update version of Windows 10 ended on April 10, 2018.

In other words, the update is not available for Home or Pro editions of Windows 10 version 1607 but only for Enterprise and Education editions. Microsoft announced some time ago that it decided to extend support for the Anniversary Update edition of Windows 10 by six months.

Consumers are asked to upgrade PCs running the Anniversary Update version to a newer version that is still supported. 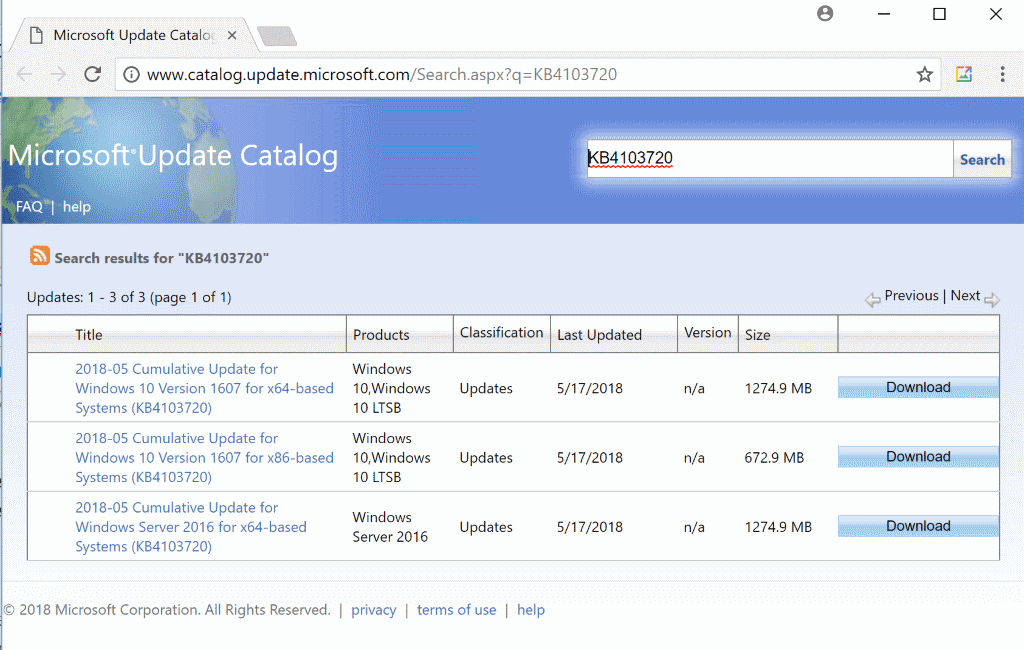 You find the release notes for the update here.

The update fixes a large number of issues that don't appear to be critical. Still, if such an issue is experienced, it is recommended to install the update after creating a backup of the system drive and some testing.

The following issues stand out a bit:

The update has one issue according to Microsoft's release notes:

Reliability issues have been observed during the creation of shielded VMs and the required artifacts for their deployment. There are also reliability issues for the Shielding File Wizard with or without the SCVMM interface.

Note: Existing shielded VMs and HGSs are not affected. 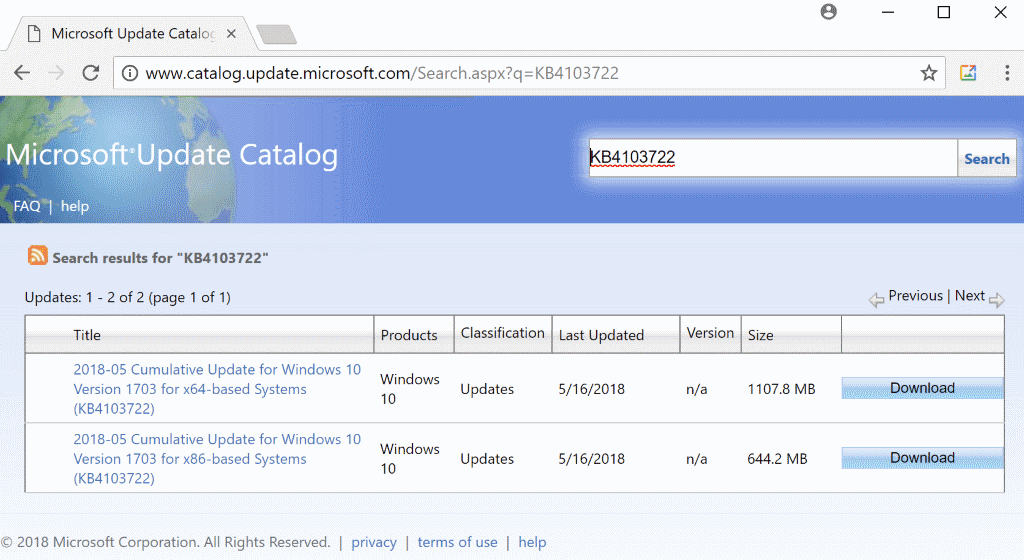 The update comes with a large number of issues as well; some are shared with KB4103720.

The following issues stand out:

Both updates are available through Windows Update for eligible devices and also the Microsoft Update Catalog website.

The update is downloaded and installed automatically if found.

Note that the latest servicing stack update needs to be installed before the linked cumulative update. You can grab it from Windows Update or the Microsoft Update Catalog website:

Microsoft has not released updates for Windows 10 version 1709 or 1803 yet; it is likely that these will be released soon as well as issues are often shared between different versions of Windows 10.

It is recommended that you wait with the installation of cumulative updates unless you are affected by one of the issues that they address. Microsoft has a track record of releasing "bad" updates that affect part of the install base negatively.