Google released a new version of the company's official development environment for Android, Android Studio 3.0, to the public yesterday.

Android Studio 3.0 comes with three new features and updates to many existing ones. New app profiling tools, support for the Kotlin programming language, and new tools to speed up the development on the latest Android O APIs.

Android Studio 3.0 is available as a 32-bit and 64-bit version for Microsoft's Windows operating system, and for Mac and Linux systems. Already installed Android Studio environments can be updated to the new version by selecting "check for update" in the configure menu on the Android Studio 3.0 start page (that you see on the screenshot below). 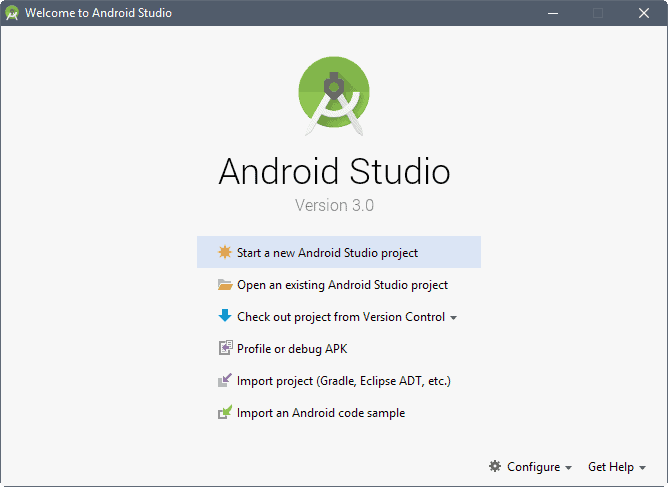 Google published a large blog post on the official Android Developers blog that highlights all the improvements and changes in Android Studio 3.0. I suggest you check it out for a complete overview of what is new and changed.

I'd like to focus on some of the important changes in the new version of Android Studio 3.0.

Now You: Do you use Android Studio? Or other development environments?

Previous Post: « How to use Digital Gift Cards on Steam
Next Post: Check websites for security and performance issues with Sonar »