by Martin Brinkmann on September 15, 2017 in Google Chrome - 7 comments

Chrome will only play autplaying media if sound is muted, or if users have given the site explicit permission to play the media with sound, or if the user interacted with the site before.

From Chrome 64 onward, autoplaying media with sound will be blocked automatically unless the user gave explicit permission to the site, or if certain criteria are met. The change won't affect autoplaying video without sound, for instance if the sound is muted by default.# 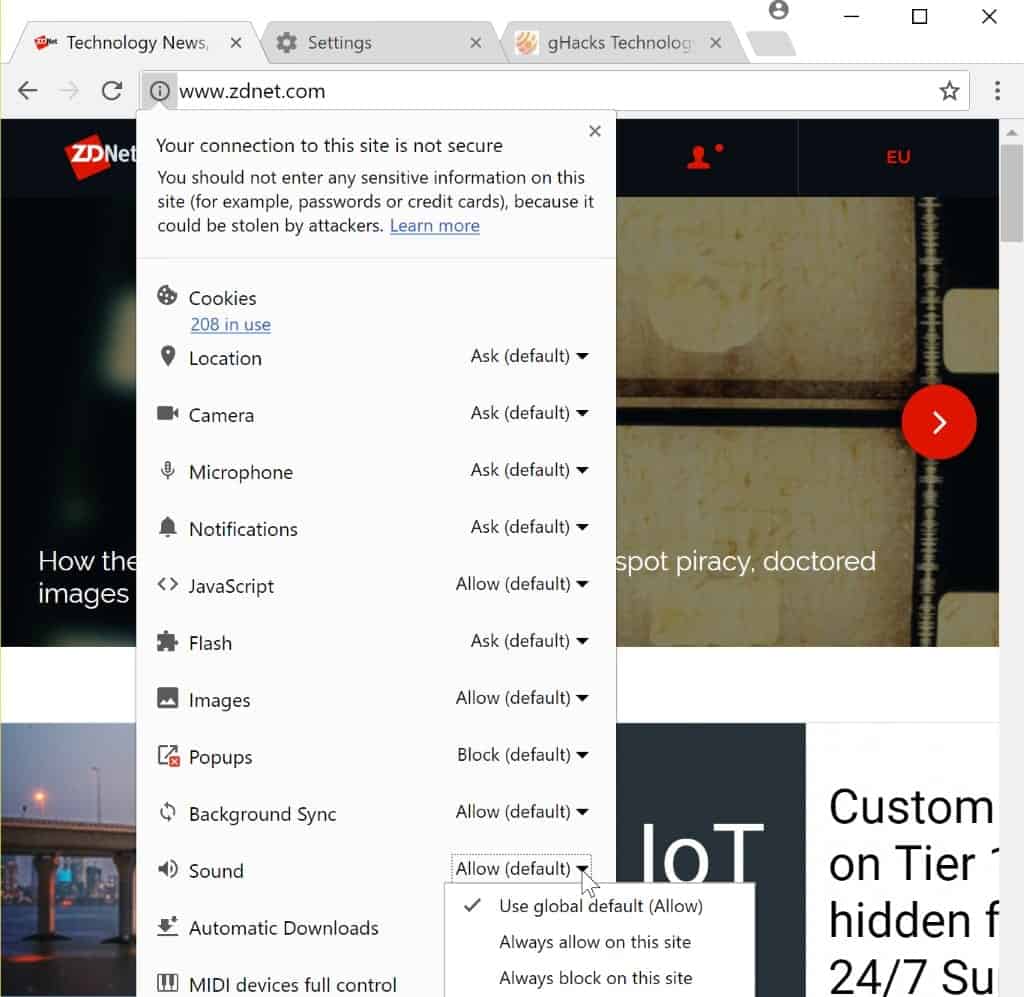 The new policy allows autoplay under the following conditions:

The last three cases are exceptions to the rule that media won't play automatically with sound (at least that is how I understand the conditions).

Especially the second and fourth require more explanation. While you may not have clicked anywhere on a page on the first visit, any page that you open on the same domain in the same browsing session will allow autplaying video content with sound.

The fourth condition uses media engagement scores to determine whether a site is allowed to bypass autoplay restrictions. This is determined by the number of visits to the site, and the frequency of significant media playback during each visit.

A significant media playback is defined as a visible media playback longer than 7 seconds, with sound, without the tab being muted and with a size of at least 200px on each dimension (if a video).

Starting in Chrome 63, users will be able to block or allow sounds on sites specifically. If a user allows sound on a site explicitly, its autoplaying media may play with sound without being blocked. If a user blocks sound, sites won't be allowed to play sound no matter if other conditions are met that would allow them to do so.

You can check out a review of the new perma-silent feature of Chrome here.

Two features are removed from mobile versions of Chrome that blocked autoplaying media on the Web. Google plans to remove the "block autoplay" setting from Chrome for Android, and also remove the autoplay blocking feature of the browser's data saver mode.