3D Pinball for Windows - Space Cadet, was a special version of the Space Cadet pinball table, that came bundled with Windows XP, and earlier versions of the Windows operating system including Windows 98, Windows 2000, and Windows ME.

The game, which was originally released as one table of Full Tilt! Pinball by Maxis, has not been made available for newer versions of Windows officially.

According to Wikipedia, the reason why Microsoft did not include 3D Pinball Space Cadet in Vista or newer versions of Windows was a "collision detection bug" in the 64-bit version of the pinball game.

While that may very well be the reason, it may come as a surprise to you that the game runs fine on modern Windows PCs. We have tested 3D Pinball for Windows - Space Cadet on Windows 7 and Windows 10 PCs, and the game ran just fine. 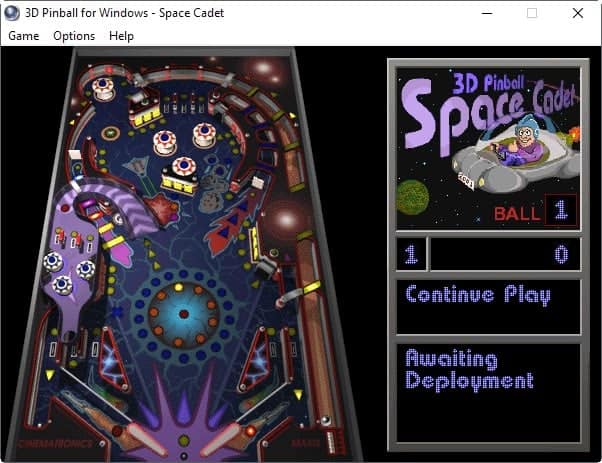 The pinball table is available on various download portals. We have uploaded the latest version of the game to our own server for your convenience.

You can download the 3D Pinball Space Cadet game with a click on the following link: 3d-pinball-space-cadet.zip

The game is fully compatible with all 32-bit and 64-bit versions of Windows. We have tested it on Windows 7 and 10, and it ran fine and without issues. Please note that we don't support the download in any form.

The game is provided as a zip file that you need to extract first. You can right-click on 3d-pinball-space-cadet.zip for that and select the extract option that is displayed in the context menu, or use a third-party program such as Bandizip or 7-Zip for that.

Double-click on the executable file 3d_pinball.msi afterwards. It is the only file included in the archive. This starts the installation process for 3D Pinball for Windows - Space Cadet on your version of Windows.

The installation is straightforward. Please note that you cannot select a custom installation directory. The game is installed in the following directory: C:\Program Files (x86)\Windows NT\Pinball 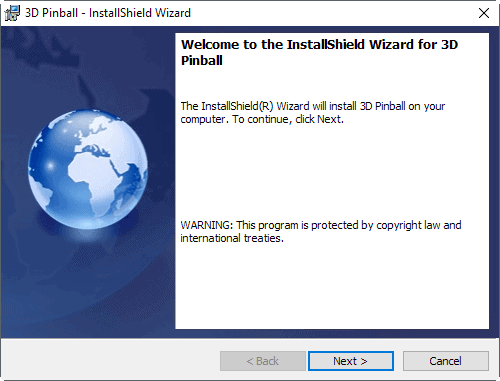 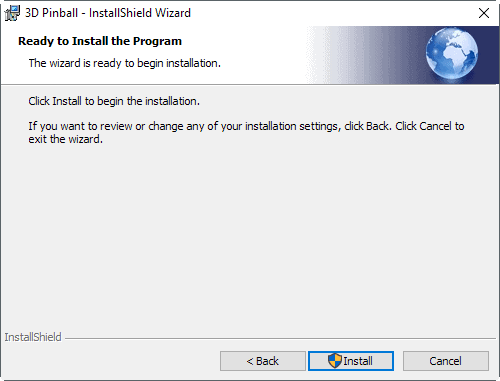 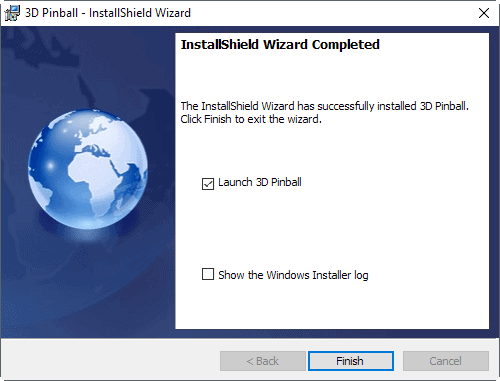 You may check the "launch 3D Pinball" option in the last step of the installation, or launch it manually at any time from the directory.

The game does not get added to the Windows Start Menu during installation. You may add it to Start if you run Windows 10 in the following way. 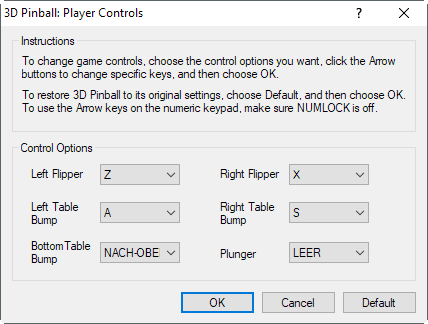 The pinball game has been designed for Windows XP, and it shows. The core issue that you may run into when you play the game is that it supports a resolution of 640x480 only.

You cannot change the window size, but may run it in fullscreen which I suggest highly. The reason for that is that the pinball table looks tiny on modern displays when you run it in window mode. If you run the game in fullscreen, it gets a lot better.

As far as controls are concerned, you may want to check the Options > Player Controls window. The game did not map the right flipper or right table bump controls properly on the systems that I did install it on.

You can map keys if they are missing on your PC as well, or change them as well if you prefer to control the pinball table with different keys.

3D Pinball Space Cadet features several missions, 17 in total, each with their own objectives. While you don't need to complete any missions, they make the game more fun by moving beyond the sole goal of accumulating points.

Missions increase in rank and difficulty. You find a complete list of all missions available in Space Cadet on Gamefaqs.