Blue Light mode is another new feature that Microsoft will introduce with the Creators Update for Windows 10 that will be out in April 2017.

The feature is very similar to Apple's Night Shift mode that the company introduced in iOS 9.3, and to a degree also to popular applications like F.Lux which have been around for much longer than that.

The core idea behind reducing blue light at night is that it may be beneficial to a person's circadian rhythm.

As you would expect it to be, the Blue Light mode feature in Windows 10 is easy to set up and use, but does not come with all the bells and whistles of F.Lux.

What this means is that you get fewer configuration options. 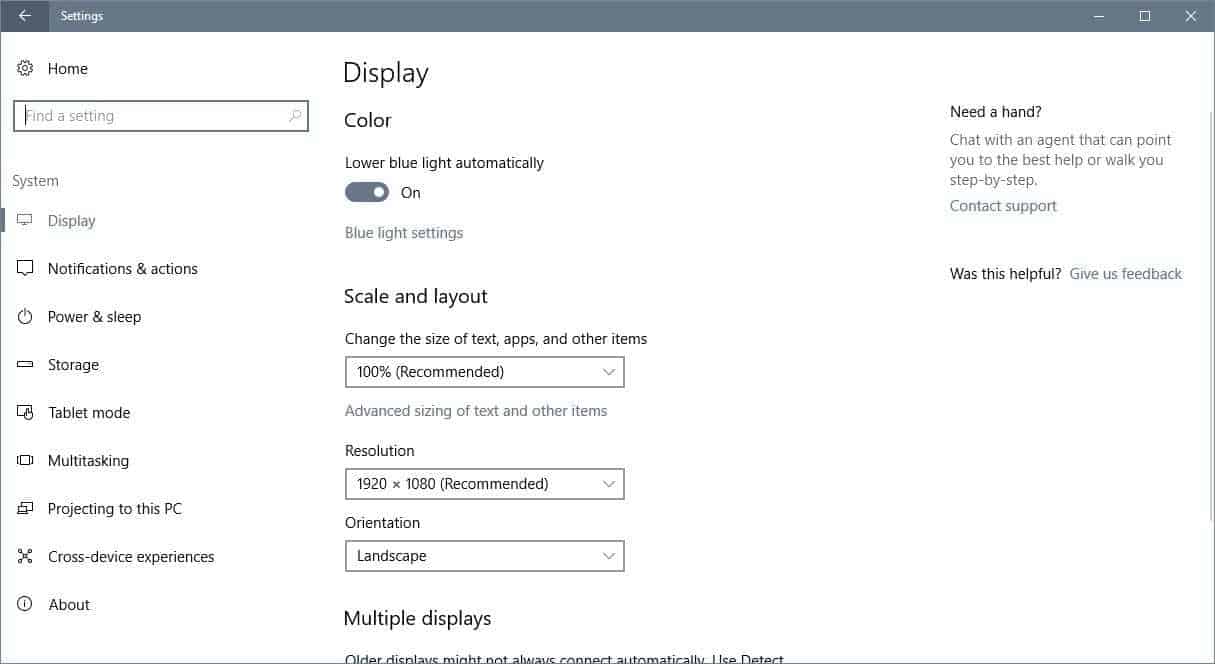 Do the following to enable the feature, or configure it.

Blue Light mode is enabled automatically on the system once you enable it. You can turn it on at any time though from the Blue Light settings page if you want to. 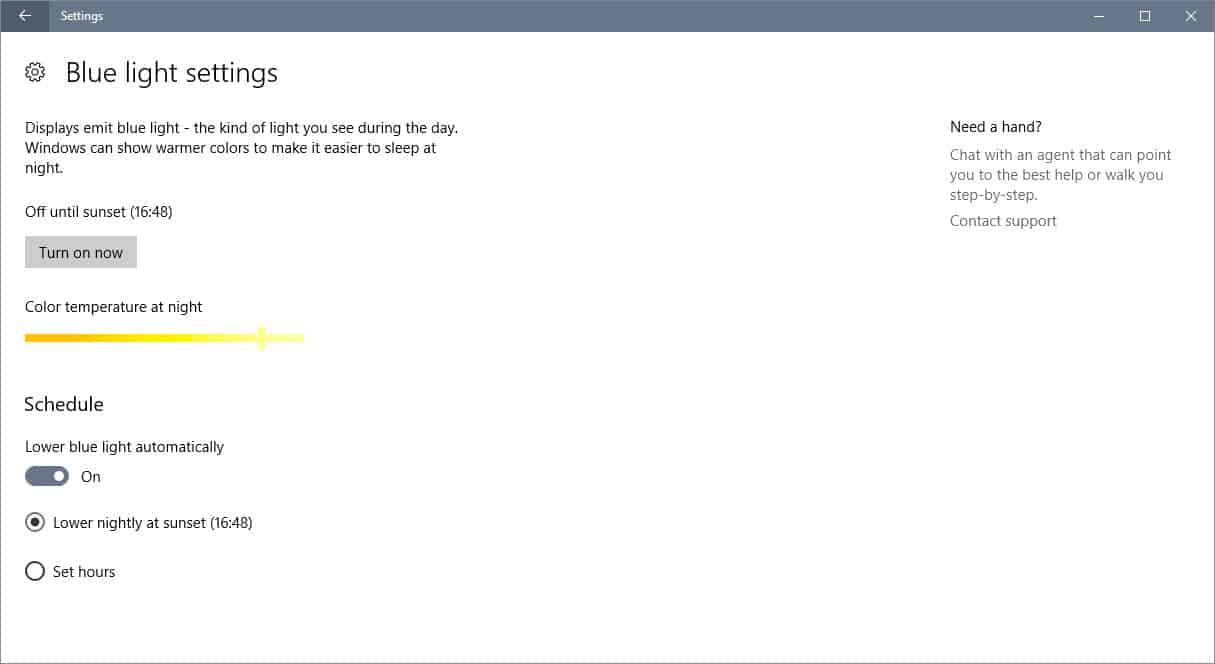 There you may also disable the automatic nature of the mode, and configure the following other parameters:

That's all there is to Blue Light mode for now. Since the feature launched in the recent preview build, there is a chance that Microsoft will improve it before the release of the Creators Update.

Introducing the Blue Light mode in Windows 10 is certainly something that users will appreciate. The mode is not enabled by default, and it seems likely that users might overlook it if they don't know that it is there unless Microsoft provides a tooltip or hint about it.

The feature is not as sophisticated as the capabilities that F.Lux brings to the table. The third-party program offers additional options -- lowering during daylight for instance -- which Night Mode does not offer.

What Blue Light mode has going for it is that it does not require a third-party program to run in the background all the time to make use of the feature.

Now You: What's your take on Blue Light mode in Windows 10?

Martin Brinkmann is a journalist from Germany who founded Ghacks Technology News Back in 2005. He is passionate about all things tech and knows the Internet and computers like the back of his hand. You can follow Martin on Facebook or Twitter
View all posts by Martin Brinkmann →
Previous Post: « Windows 10 Creators Update: Dynamic Lock
Next Post: Windows 10 Build 15007: Edge, UWP, Hello improvements »