Lucas Chess is a free chess training and playing program for Microsoft Windows devices that ships with an impressive set of features.

While I do know how to play chess, I was never particularly good at the game. My father taught me the game of kings, but I lost interest in the game and started to explore other gaming options early on.

Chess has simple rules that anyone can learn quickly, but it is highly strategic and requires excellent forward thinking capabilities. 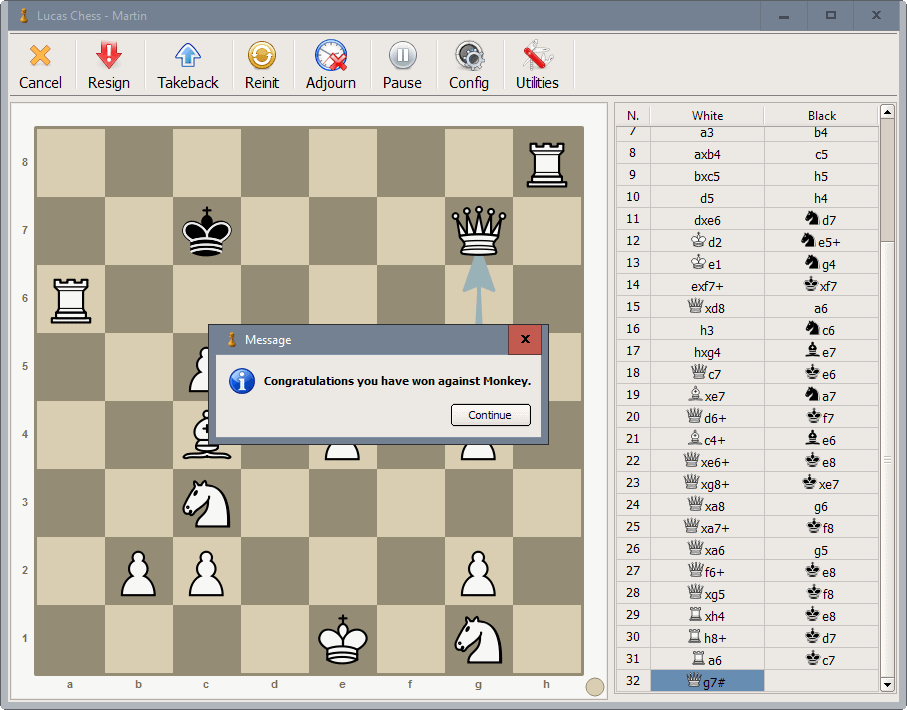 Lucas Chess is a free, long standing, chess training and playing program for Windows that is suitable for absolute beginners, grandmasters, and anyone in between the two extremes.

The chess program ships with 36 different engines ranging from 1300 elo all the way up to 3000 elo. Additionally, it ships with engines designed specifically for young children who pose little challenge but help explore chess in a non-competitive environment (and win likely against the computer early on).

The section for children is gamified a bit as well. Children can try to complete animal albums by beating opponents. For each opponent beat in the game, a new animal picture is revealed. You may proceed to the next album once all animals of an album are collected. 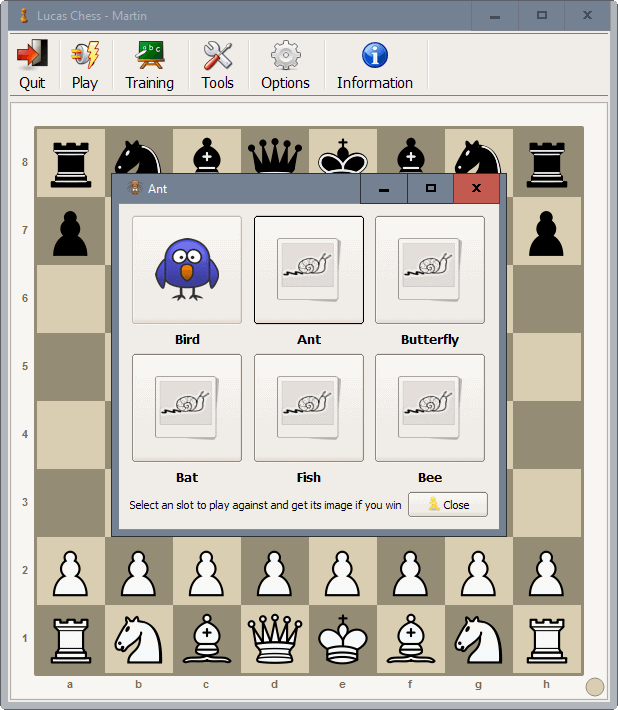 While you can play against various engines without using the training components of Lucas Chess, this is one area in which the program really shines.

If you select competition for instance, you start against a beginning engine. The engine analyses each move you make, and suggests different moves if your move is less than ideal.

This may help you get better at the game by analyzing why the tutor suggested a different move.

As far as play options are concerned, you can pick an elo rating that you want the engine to emulate, or customize the engine by selecting it from the list of available ones instead.

The customization options are impressive. One option that you have is to assign a personality to the engine that you can assign specific opening, mid game and end game strategies for.

Training makes up a big part of Lucas Chess. While you may not find all training options useful, like checking your memory on a chessboard or playing blind chess (without seeing the actual pieces on the board, like memory chess), others may be quite useful.

You may train end game or mid game positions, play against grandmasters, try to find the best moves, or learn openings by repetition.

Lucas Chess is a program designed for chess players of all skills. Absolute beginners may use it to play against computer opponents that are relatively easy to beat. The tutoring system with its move suggestion option helps get better at the game over time.

Lucas Chess, all in all is an excellent program for anyone interested in chess.