Chromecast is a device created by Google that allows you to stream media from a device to another.

While it is certainly not the only device for the job, Chromecast makes it relatively easy. Back when Chromecast was released, it was kinda complicated to get the device to stream local media to the TV though.

VideoLAN's announced is just a side note in a weekly "this week in VideoLAN" series that highlights what the company has been working on or doing in the past seven days.

You find the following information about Chromecast support under modules:

The Qt interface received the first renderers selection dialog. You should be able to detect your ChromeCast from this interface, and stream to it.

So, VLC Media Player 3.0 will detect Chromecast devices connected to the network so that it can be selected as the destination for the media stream. 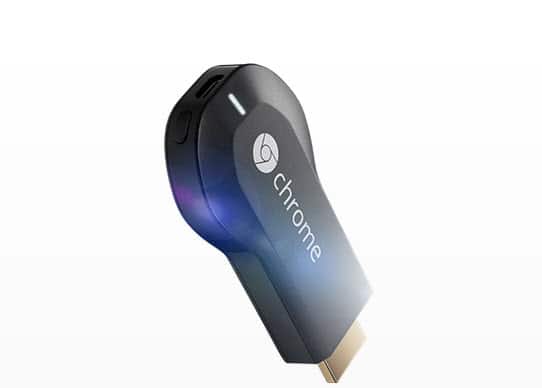 The most likely scenario for support is that VLC will transcode formats on the fly so that any supported media file can be streamed to the Chromecast device.

VideoLAN did not mention any particular operating system which suggests that desktop versions of VLC Media Player will get support for Google's Chromecast device. It is unclear right now whether VLC for Android will get support as well, or if the feature is reserved for desktop systems for the time being.

VLC Media Player 3.0 is only available on the Nightly channel currently. Downloads are usually provided on this page on the VideoLAN website, but there are not any right now listed when you click on one of the supported operating systems.

It is probably only a matter of time before builds are pushed to the page.

It is unclear when VLC Media Player 3.0 final will be released. VideoLAN released an update for the current stable branch VLC 2.2.4 just this week that fixed two security issues in the player.

Martin Brinkmann is a journalist from Germany who founded Ghacks Technology News Back in 2005. He is passionate about all things tech and knows the Internet and computers like the back of his hand. You can follow Martin on Facebook or Twitter
View all posts by Martin Brinkmann →
Previous Post: « Improve Netflix's cellular data video quality
Next Post: Plex Media Server 1.0 is out »