The store entry of the extension Page Analyzer is hidden from the Store application on Windows 10, the Microsoft Store website, and search engines currently which means that it cannot be opened unless you have the direct link.

The site that leaked the news, Windows Blog Italia, did not reveal the link unfortunately which means that we have to rely on the information they provide instead. 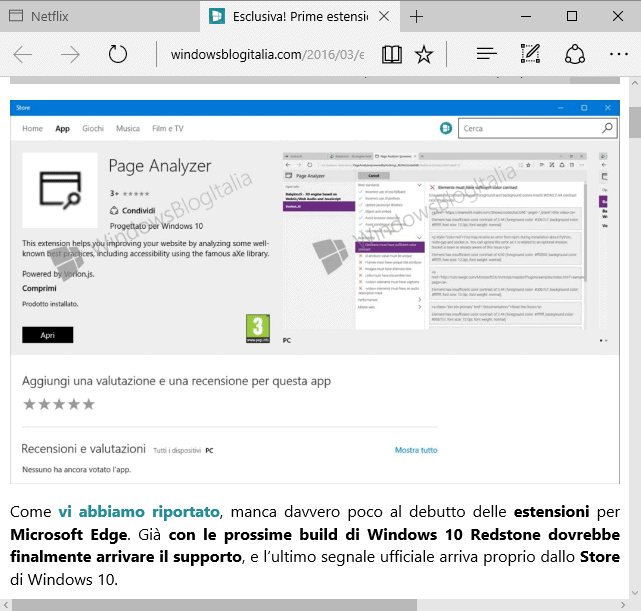 So what does the Page Analyzer store entry reveal about upcoming extensions support in Microsoft Edge?

The rumor mill suggests that Microsoft will include extension support in one of the next Windows 10 Insider Builds which is expected to be pushed out soon by the company.

Names of extensions that are likely part of the first wave of extensions available for Edge leaked earlier, and one should expect Pinterest, Reddit Enhancement Suite, Page Analyzer and AdBlock among the first batch of extensions for the Microsoft Edge browser.

Martin Brinkmann is a journalist from Germany who founded Ghacks Technology News Back in 2005. He is passionate about all things tech and knows the Internet and computers like the back of his hand. You can follow Martin on Facebook or Twitter
View all posts by Martin Brinkmann →
Previous Post: « If you don't want Windows 10, do this!
Next Post: Analyze and clean the WinSXS folder »