Test if your gaming PC is ready for SteamVR - gHacks Tech News
ghacks.net

Test if your gaming PC is ready for SteamVR

Valve Software released the SteamVR Performance Test on Steam which will test the computer's performance and compatibility with SteamVR.

If you believe the hype, Virtual Reality (VR) is the next big thing after 3D Television. While it is unlikely that it will fade and wither like 3D TV, the first generation gadgets that are about to be released this year come at a premium price and require a fast computer system on top of that.

If that would not be bad enough, game and application support is limited at best. 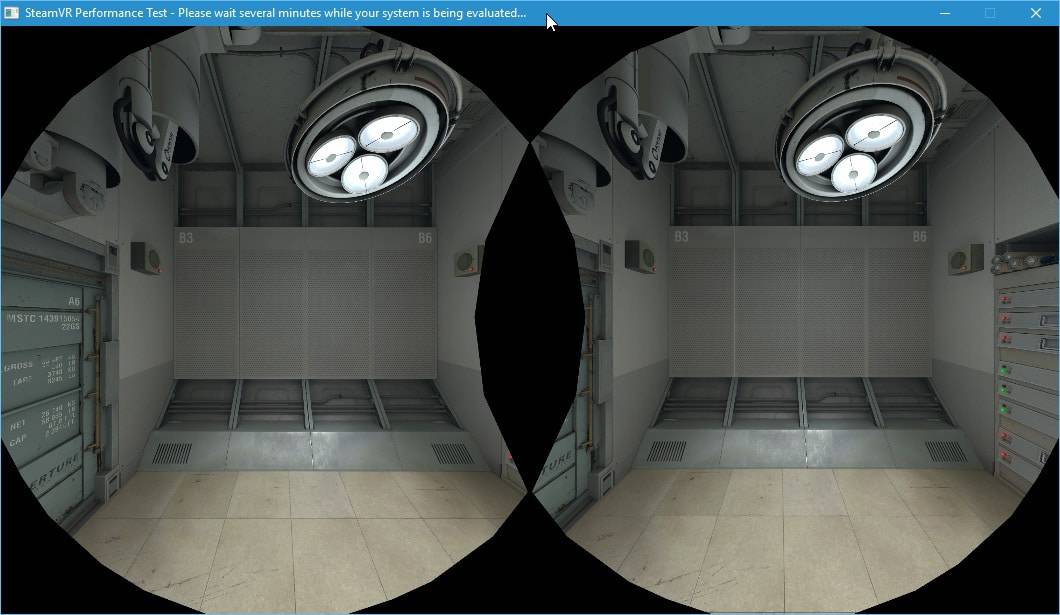 The SteamVR Performance Test has been released by Valve on Steam. You do need a Steam account to download the application using the Steam client.

The application itself is free and has no other dependencies besides that. The app has a size of 1.9 Gigabyte and may take a while to download and install on the underlying system depending on the device's Internet connection at that time.

The application runs a demo for several minutes which collects performance information. It checks whether the PC can run VR content at 90 frames per second, and whether the visual quality meets Valve's standards. 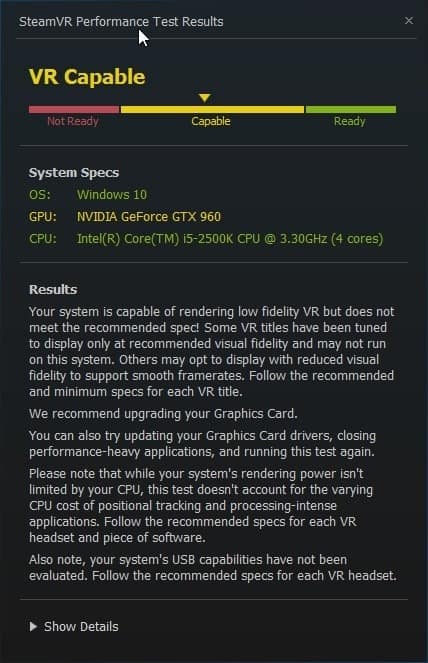 If that is not the case, it will highlight which component of the PC is lacking suggesting to upgrade it for maximum compatibility.

The SteamVR Performance Test measures your system's rendering power using a 2-minute sequence from Valves Aperture Robot Repair VR demo. After collecting the data it determines whether your system is capable of running VR content at 90fps and whether VR content can tune the visual fidelity up to the recommended level. For machines that are not VR Ready the tool can help determine whether capabilities are bound by Graphics Card, CPU, or both.

It is interesting to note that memory does not seem to play a role at all in the recommendation even though it should play a role. In addition, USB capabilities are not tested as well and Valve suggests to check the requirements that the VR hardware has in this regard to find out about required ports and standards.

Initial benchmarks released by AMD show that systems should have at least a GeForce GTX 970 or Radeon R9 390 video card to get the "ready" rating in regards to VR capability.

The Oculus Rift team released its own benchmark a month earlier which you can run to find out if your PC is capable of the device. The bechmark tests memory and USB capabilities of the PC it is run on which makes it more thorough than Valve's SteamVR Performance Test.

Now You: Is your PC compatible with VR hardware?

Martin Brinkmann is a journalist from Germany who founded Ghacks Technology News Back in 2005. He is passionate about all things tech and knows the Internet and computers like the back of his hand. You can follow Martin on Facebook or Twitter
View all posts by Martin Brinkmann →
Previous Post: « Quantum Break will be a Windows 10 exclusive game
Next Post: Beat Idle Games with Auto Clicker »