Microsoft may be collecting more data than initially thought

Microsoft recently told the world that its new Windows 10 operating system was active on over 200 million devices, a fact that leaked a week earlier already.

The company stated that Windows 10 was its fastest growing operating system to date beating Windows 8 and even everyone's darling Windows 7 so far, and that it was seeing great adoption in retail and the Enterprise sector.

Considering that Windows 10 is offered for free currently to existing Windows users on Windows 7 or Windows 8.1, it is not really a surprise that this is happening.

The same article revealed data that may be of concern to privacy conscious users. If you read it carefully, you will notice that Microsoft provides aggregate usage statistics not only for the operating system's uptime, but also information about individual programs running on it. 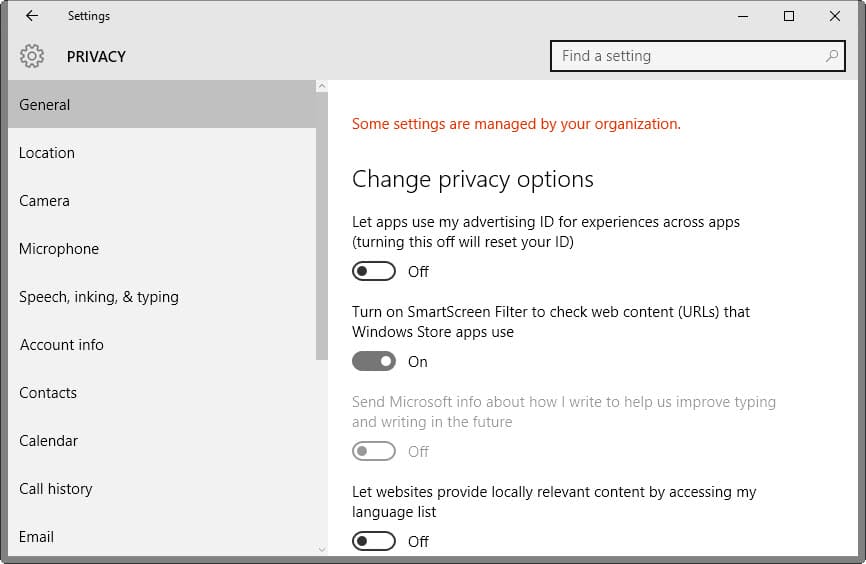 In particular, it listed the following information to demonstrate the popularity of Windows 10:

The statistics indicate that Microsoft may be collecting more data than initially thought. While it is unclear what data is exactly collected, it is clear that the company is collecting information about the use of individual applications and programs on Windows at the very least.

The real question is how fine grained the data collecting actually is. For instance, is Windows 10 recording what users do in Edge or the actual questions that individual users ask Cortana?

According to Microsoft, the data collecting is for the greater good only. It is being used to make the product work better and that is certainly true to an extent as Microsoft can use the data it collects to find out about the popularity of an application or operating system feature.

Still, since Microsoft does not reveal detailed information about what gets collected and to what end, it is something that users need to be aware about at the very least. Obviously, it would be helpful if Windows 10 would ship with options to turn off these data collecting features.

While some of that is implemented in Windows 10, it seems difficult to near impossible to block all the data collecting from taking place.

It is certainly no coincidence that the rise of privacy software went along with the release of Windows 10.

Now You: Are you concerned about the data collecting in Windows 10?

Previous Post: « How to use File History on Windows 10
Next Post: How to change the name of a Windows 10 computer »