Valve updated the company's store yesterday with Steam Machine information and pre-order options. The information displayed depend on the region you are in. If you are connecting from Germany for instance, you don't get any information besides the base price of each device on offer while gamers from the US get pre-order links and stats for each machine that they can order.

The following guide lists stats for all Steam machines that are currently offered on Steam. That's the Alienware Steam machine starting at $449 and the Syber Steam Machine which starts at $499.

Apart from that, you may also order the Steam controller for $54.99 and Steam Link, a device that projects gaming via a home network on a TV. 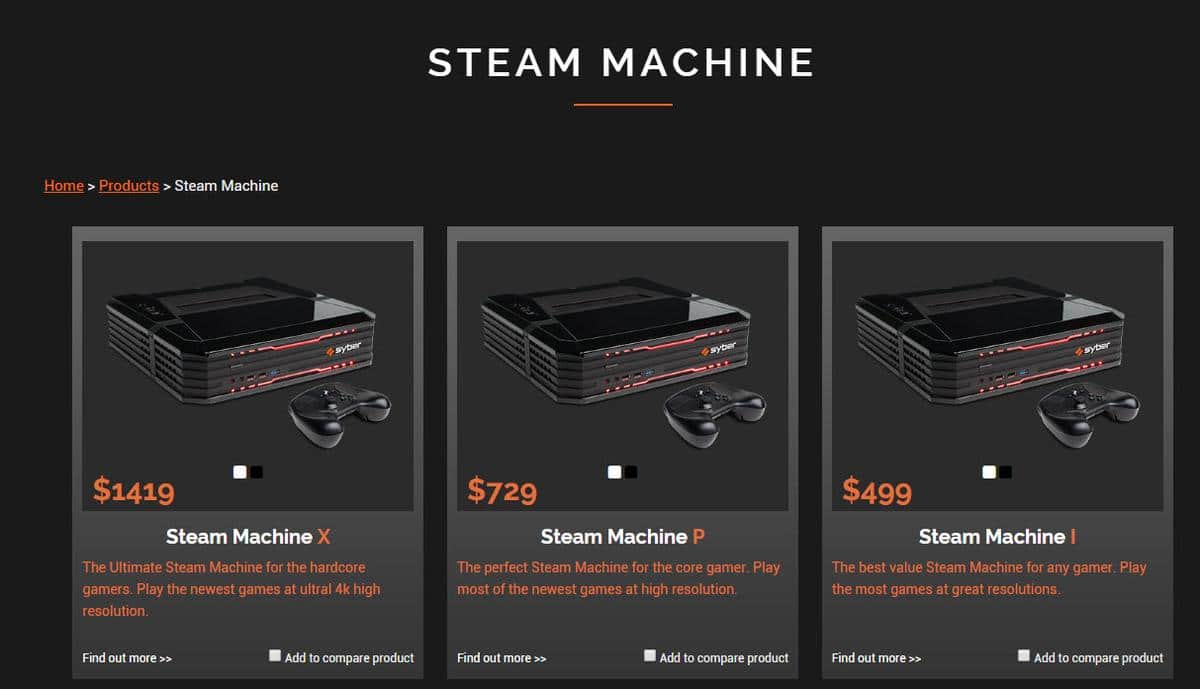 All Alienware Steam machines include the Steam Controller (a $49.99 value). It is rather unfortunate that Alienware does not disclose the video card used in the machine as you don't really know what you are getting when you buy it or if all Alienware machines share the same video card or if there are differences after all.

All machines are capable of running the majority of PC games. While you may not be able to run cutting edge games in the highest available quality, you should be able to play all games using any of the Steam machines if you don't mind running the game in lower quality mode.

Overall game availability is restricted as a consequence which means that you won't be able to run non-Steam games that are not released for Linux.

Steam Machines may work well for you if you only game on Steam and want an entertainment system that bridges the gap between PC gaming and TV.

The machines are not suitable however if you use different gaming clients as well, Origin for instance or Gog, as you won't be able to run most of the games on the Steam machine.

Now You: What's your take on Steam machines so far?

Article Name
Here are the first Steam machine specs
Description
Steam Machines are featured in the Steam store currently. We have collected the most important stats for you so that you get an overview of their capabilities.
Author
Martin Brinkmann
Advertisement