Microsoft announced plans yesterday to enforce "a more robust approach to the app certification policy for both new and existing apps to ensure customers can easily find high-value, high-quality apps when shopping in Windows Store".

The company plans to identify applications that don't follow policies, inform developers about issues with those apps, and remove apps if developers don't comply in a certain period of time.

If you browse Windows Store right now, you may notice that the store has quite a few issues that Microsoft has not yet addresses. While the company promised to clean up the store before, you find plenty fake and deceiving apps in the store without looking too hard for them.

If you check out the games section for instance, you will find listed premium retail PC games such as Counter Strike Global Offensive, Civilization V, Sim City or Mortal Kombat Komplete Edition for $4.99 or $5.99 each.

These games are not offered by the game's publisher but by third-party companies. Considering the low price and projected size of a couple of Megabytes even for the most complex games, it is fair to say that these offers are deceiving and illegal, and should not be in store at all. 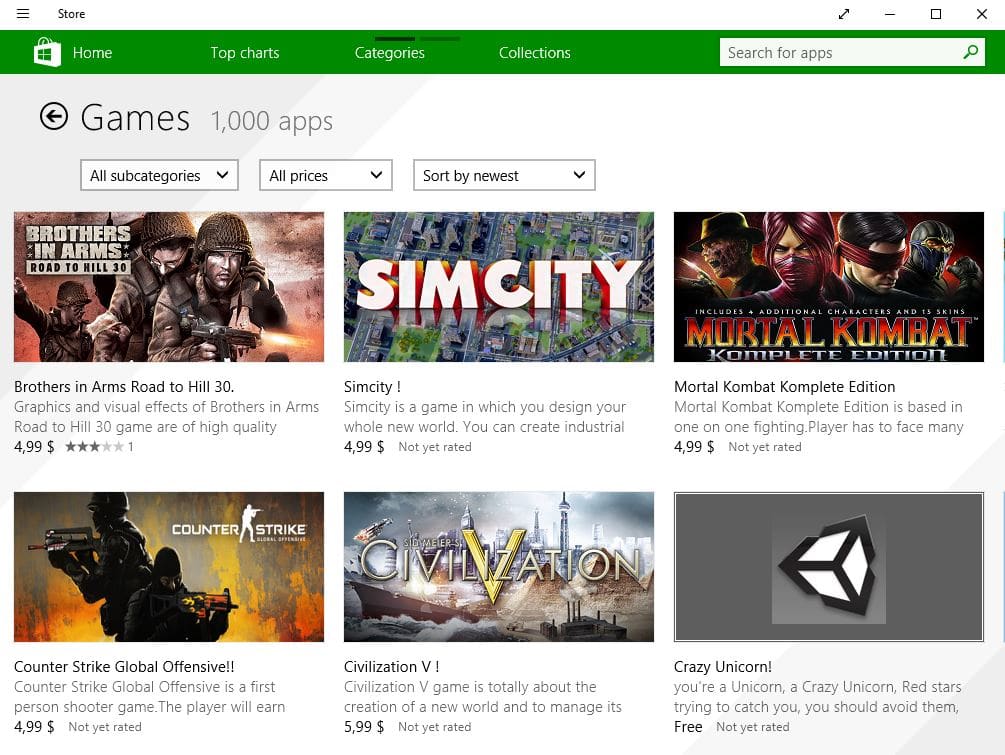 The issue is not limited to the games category in store though. Apps like DropBoxx, Vimeoo, Photoo shop or GitHub are offered in store as well for a price which do nothing but embed a service's site in the application container.

That's questionable in the best case and at the very least a trademark violation. 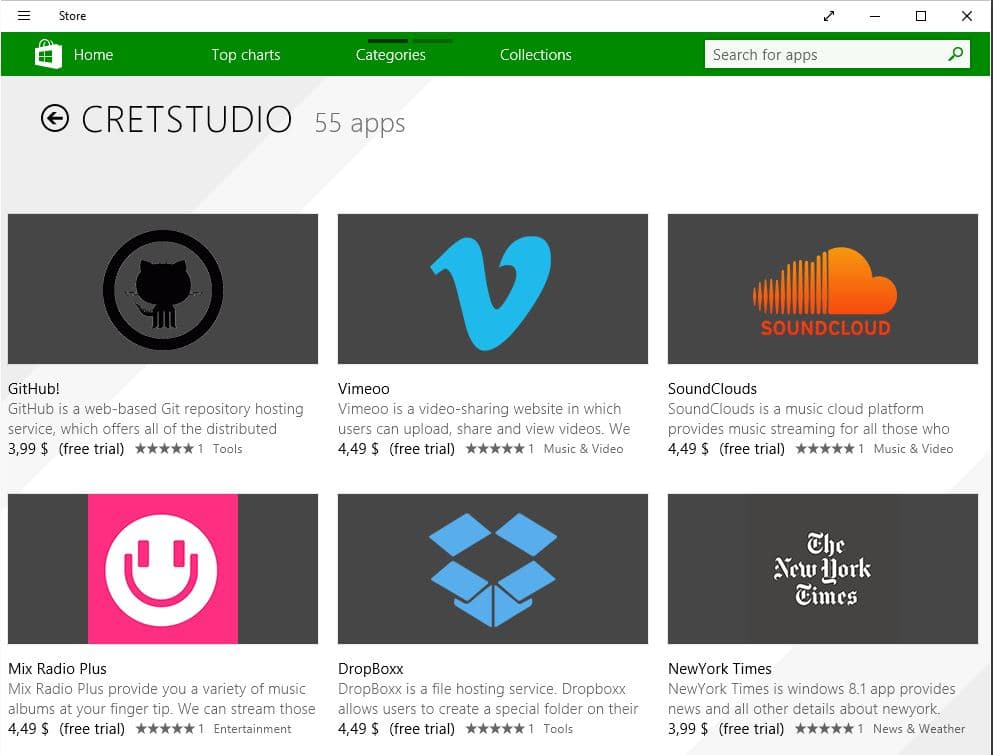 These offers are sometimes available for days or even weeks and one has to wonder why they are not sorted out in the review period before they are published to the store.

This is all about distinguishing apps from each other visually. The company notes that visual and category clutter impacts customer experience negatively.

Apps that can’t be distinguished from other apps in the Store, have icons or titles that are too similar to other apps already in the Store, or don’t properly represent the functionality of the app may be removed.

Microsoft wants apps to be priced according to the value they offer. While it won't interfere when it comes to the pricing of apps as it is the developer's sole discretion, it may interfere in certain cases.

If an app is priced significantly higher than other apps in its category and it is determined that users might be confused and believe (incorrectly) that the higher price is warranted based on superior functionality or value, it may be removed from the Store.

This new policy addresses a long standing problem in Windows Store. It has been difficult in the past to distinguish between information applications and functional apps. It was for instance not always clear if a game guide (informational) or the actual game (functional) were offered in store.

In order to make it clear to users what they are buying, informational apps that are not easily identifiable as reference apps, must distinguish themselves by prominently displaying a text or banner labeling it as such. If an informational app violates this policy, it may be removed from the Store.

Application titles, descriptions, tags and keywords need to reflect the app's function accurately. Apps may for instance not state that they are similar or better than other apps available in store unless they are comparable.

The policy changes that Microsoft announced make sense but it remains to be seen how effective Microsoft will be at enforcing them. It is long overdue that Microsoft puts an end to deceptive applications in Windows Store.

Now You: What's your take on the current Windows Store state?

Martin Brinkmann is a journalist from Germany who founded Ghacks Technology News Back in 2005. He is passionate about all things tech and knows the Internet and computers like the back of his hand. You can follow Martin on Facebook or Twitter
View all posts by Martin Brinkmann →
Previous Post: « Clearing away confusion about Windows 10's free for a year offer
Next Post: Windows 10 is more or less feature complete »