When Microsoft released its Windows 8 operating system with a store component everything looked great on first glance. Since Microsoft would review all apps before they were made available to users, malicious or deceiving apps should not be an issue.

In mid-2013 I ran a story about how apps deceive users in either paying money for something that they are not, ride on the bandwagon of popular software, or simply embed websites of third-party services.

This was problematic on many levels. A user paying $9.99 for a WhatsApp tutorial app, a download of Firefox or a media player clone that does not bring anything new to the table, would certainly think twice before downloading anything from Windows Store again.

This damaged the store's reputation and the sheer number of rogue apps made it problematic for users to find what they are looking for.

This should not happen in first place considering that apps are reviewed before they land in store. But it happened, big time. 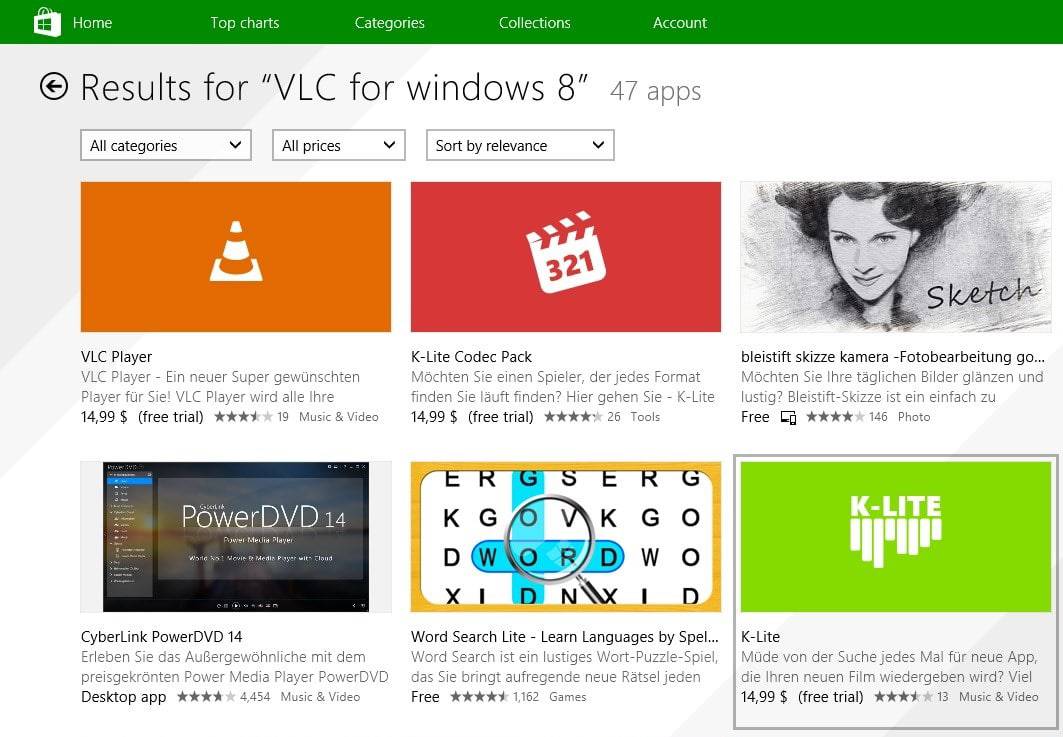 The How To Geek ran a similar story about a week ago which highlighted the same issues that I noticed back in 2013.

He provided several examples. A search for VLC for example resulted in the real app and more than ten programs posing as the player, using the player's icon, or using VLC in the name.

Some of the apps were commercial while others free of charge. The same for other popular software such as iTunes or Firefox.

If you search for VLC now, you only get one result that matches the name and alternative video players. While that is great, it is not the real VLC player. Why? Because the app left in store is offered for $14.99 while the "real VLC" is offered for free.

To make matters worse, VLC for Windows 8, that is the real one, is not listed in the search results anymore. While it is still listed on Microsoft's Windows Apps website, it is unclear if it has been removed by accident or if it is still available to some users.

Similar issues can be noticed when you search for other queries. If you search for iTunes, you get iTunes One as the second results for example. It is not an official Apple application but published by Digital Cloud Technologies LLC, a company that has published 79 different Windows apps up to this date including K-Lite Player, K-Lite Codec Pack, and dozens of other players.

Some queries on the other hand have been pruned correctly. If you search for Firefox, you don't get any app by that name anymore because there is no official Firefox app for Windows 8.

Microsoft has started to remove deceiving apps from Windows Store. This is a good thing even though it has not been thorough enough in several cases.

Leaving the paid unofficial VLC app in store is a blunder. It can happen, but employees reviewing store apps all day long should know the difference, especially since it is one of the high profile apps available in store.

Microsoft will sort this out eventually though and the removal of many of the scam apps has improved store usability already.

Previous Post: « WizMouse enables you to mouse-scroll all windows
Next Post: Convert Windows XP to a virtual machine with VirtualXP »