Microsoft updates adware criteria to the benefit of the user

Many security companies have started to release products that detect adware, potentially unwanted programs, or however you want to call these programs in the past year.

This is largely a problem on Windows, and usually comes in the form of software that includes options to install other software during the setup process.

A common example is a toolbar, like Ask or Babylon, that gets installed alongside a free software program unless the user prevents that from happening.

Security software such as Malwarebytes Anti-Malware detect these inclusions and may either block the setup outright or warn the user about third-party offers included in the installer.

Microsoft has updated the company's objective criteria in regards to adware recently. The company classifies a program as adware if it runs on a user's machine and promotes goods or services in programs other than itself. 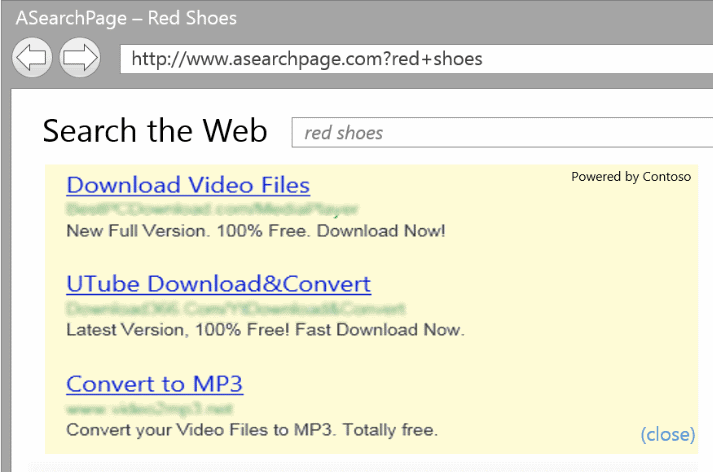 Toolbar installations, popups, or browser extensions fall into that category for example. These programs are only classified as adware by Microsoft security software if they do not adhere to the following rules:

So lets look at the rules in detail.

A close option can be implemented in different ways. A popup window for instance can be closed with a click on the x in the title bar. In browsers, ads need to display close options as well. Hover ads for instance need a similar option, and even ads that are displayed in the browser window itself need a close option to avoid being classified as adware.

The name of the program needs to be highlighted on the ad itself. This is largely used to provide users with information that they need to uninstall it.

What's important here is that the name of the program must be the same as displayed on the ad, so that users can identify the program quickly and without issues.

Programs that display advertisement in their own borders are not affected by the change at all, and every program that adheres to the rules, won't as well.

Microsoft security products will stop the program execution and notify the user about this. It is up to the user to restore the program at this point, or leave it be. This is different form the current implementation where programs will continue to run until the user makes a decision.

Microsoft will roll out the change on July 1, 2014. Software developers have until then to alter their programs to play by the rules.