Valve recently introduced a new feature to the Steam gaming client that enables you to download games, apps, or updates in the background while you are playing a game at the same time.

The new feature was welcome by the Steam community, as it did away with that long-standing issue.

While welcome, it was not really that easy to use in the beginning, as you had to Alt-Tab out of games to resume the downloads, before you could go back to the game to continue where you left of.

Some time later, the feature was improved, as you could now decide on a game-per-game basis whether you wanted to enable automatic updates or not.

If enabled, Steam would automatically download updates for the select games and apps regardless of whether you were in a game or not at that time.

Today's update to the Steam Beta client improves the feature further. Instead of having to configure the update handling on a game-per-game basis, you have now an option to define a global preference in the options.

Add global setting to allow downloads during gameplay, and change the per-app settings to be global/allow/deny.

To configure the new feature, do the following:

Note: You need the Steam Beta client for now to use the feature. It will be rolled out to the stable version of Steam sooner or later. If you want to join the Beta for now, do the following: Click View > Settings, and join the Steam Beta Update under Account.

The effect is that all game updates will be downloaded as soon as they become available, regardless of whether you are playing a game or not.

It is possible to override the feature for individual games. To do so, right-click on a game in your library and select Properties from the context menu. 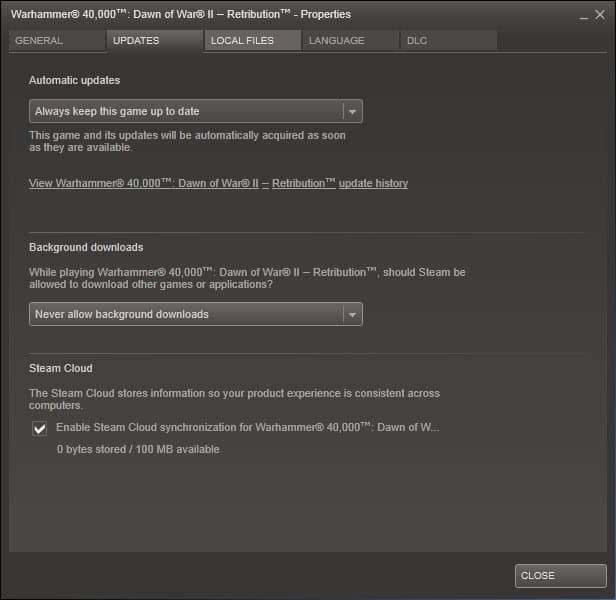 Switch to the Updates tab in the game's properties window, and select one of the following options under Background Downloads:

The new feature provides Steam games with better control over how background updates are handled. Instead of having to juggle around in the client, or configure update behavior for individual games, you can now configure the behavior globally instead, great if you want updates to be downloaded directly for all games that you have installed.

Martin Brinkmann is a journalist from Germany who founded Ghacks Technology News Back in 2005. He is passionate about all things tech and knows the Internet and computers like the back of his hand. You can follow Martin on Facebook or Twitter
View all posts by Martin Brinkmann →
Previous Post: « Don't forget the holiday games and browser themes
Next Post: How to limit access to games on Steam for kids »