Google's frightening patent: collect data and interact with others automatically on your behalf

Social Media has grown quite a bit in recent time, with apps readily available at all times to inform users about new posts, photos, and other information at all times.

A lot of what is happening on sites such as Facebook, Twitter or Google+ is based on user reactions. Users visit the site on the web, use one of the clients, or use a third party app or service that offers integration of some form or another.

There are options to post automated messages, and many webmasters use them to promote their latest articles without having to do so manually.

Companies such as Google have started to experiment with automation in recent time. The company's Chrome browser for instance tries to predict the next network actions by pre-loading contents that users may access, while Google Now, Google's personal assistant software, delivers information to the user by predicting what the user wants.

Automated generation of suggestions for personalized reactions in a social network 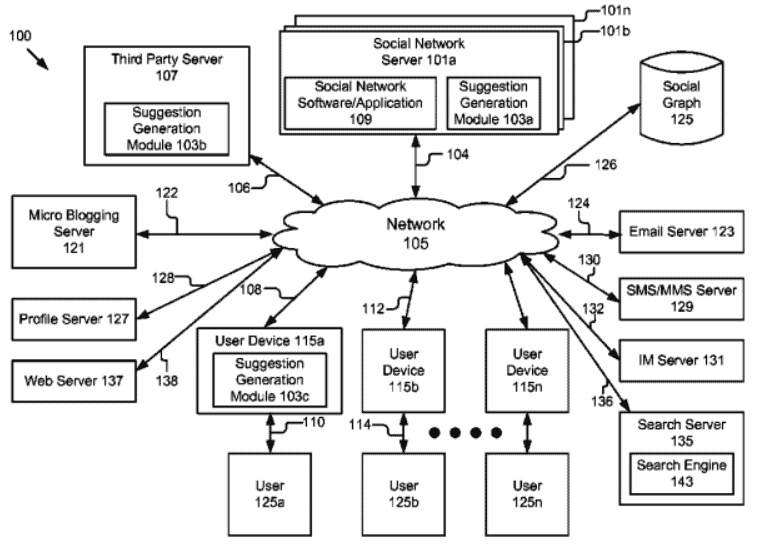 A recent Google patent goes a step further than that. It describes a system that will generate a personalized reaction on behalf of the user. Initially only in the form of suggestions that are displayed in an interface, but ultimately automatically on the user's behalf.

The system will collect and analyze as many bits of data that it can find about the user and his interaction on social media sites. These information are not only taken from sites such as Google+, but also from emails, visited websites, SMS and other sources available to the various collector modules that the patent describes in detail.

The goal here is to understand how the user interacts on social media sites and other forms of communication, which is done by analyzing prior reactions to content.

A method for generating a personalized reaction, the method comprising:

determining that the online user post satisfies a threshold likelihood of being important or interesting to the first user;

While this is certainly impressive from a purely technological point of view, it may raise the alarm bells of some Internet users.

Not only does the system collect information about the user, it also analyzes them for behavioral clues, creates a profile of the user in the process, and may post for the user eventually.

Google seems to be predestined for this, as it can collect information from its social network Google Plus, from its email service Gmail, from its web browser Google Chrome, Google Search, and all the other products it has access to.

For some, this is a scary though while others may embrace the new technology with open arms. What about you?