Firefox: How to reduce the line height of some list elements in the browser - gHacks Tech News
ghacks.net

Firefox: How to reduce the line height of some list elements in the browser

Firefox 25 Stable has been released about a week ago by Mozilla, and with the new version came several changes to the browser.

The Find on page feature for instance was limited to the page it was opened on, and there have also been some changes in regards to secure connections.

Firefox users on Windows Vista or newer who use the sidebar to display bookmarks in the browser, open about:config regularly, Adblock Plus, or other extensions that use the default list styles of the browser, may have noticed that Mozilla has increased the spacing between elements of those lists.

A bug report on Mozilla's bug tracking system confirms the change that was applied to Windows Vista and newer versions of Windows. A screenshot was uploaded on Mozilla's Support Forum that displays the old and new style next to each other. 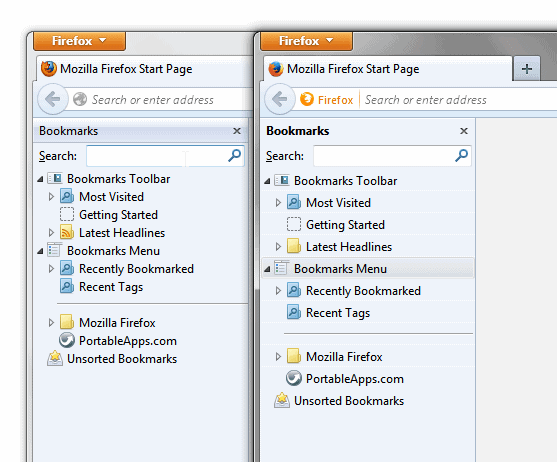 The only option that Firefox users have is to modify the CSS code that the browser uses. This may sound highly technical but is not really that complicated, thankfully.

When you do, you will notice that the space between elements of the list has been reduced, so that more are displayed at the same time and without scrolling.

Note: This takes care of bookmarks only.

Martin Brinkmann is a journalist from Germany who founded Ghacks Technology News Back in 2005. He is passionate about all things tech and knows the Internet and computers like the back of his hand. You can follow Martin on Facebook or Twitter
View all posts by Martin Brinkmann →
Previous Post: « LastPage displays 9 internal Firefox pages on demand at the bottom of the window
Next Post: Firefox versions on Windows 8 to share profiles after all »