What the "a" means next to Google Chrome Canary's menu button - gHacks Tech News
ghacks.net

What the "a" means next to Google Chrome Canary's menu button

If you are running the Canary or Developer version of Google Chrome on Windows, you may have noticed that Google displays an "a" next to the menu button of the browser for some time now. There is no indication why the "a" is displayed next to it, and if you click the menu, no hints are revealed why it has been placed there.

If you run different Chrome channels, Stable for example, you will notice no "a" next to the menu button. So what is that all about?

I first thought that this indicated an update of sorts, as Google highlights updates or new extension installations in a similar manner. That's however far from it.

According to Carlos Pizano on the Chromium Forum, it is an indication that the version of Chrome is an Aura build. So, the "a" stands for Aura, but what is it exactly?

Aura is the UI stack that Google uses in Chrome OS. The company plans to move that stack to all versions of Chrome on Windows or Linux, and Chrome OS, to unify the UI stack across platforms which in turn gives the development team "flexibility to do fluid UI animations". 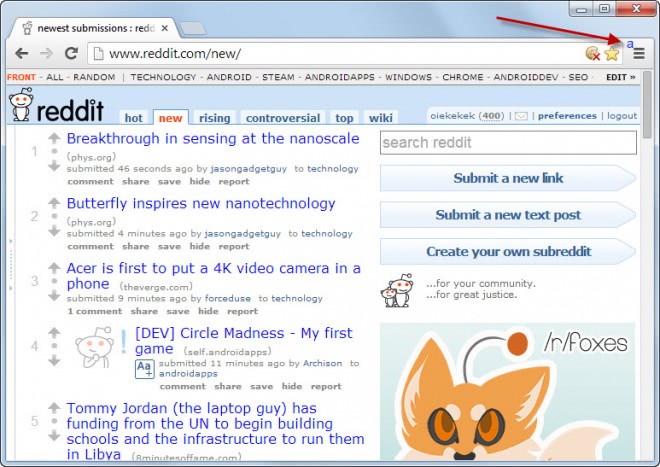 The aura build was introduced in Chrome 30 Canary. The core difference between this build and previous versions of Chrome that use the operating system's native UI stack is that Chrome does all the rendering in Aura with the exception of the top level window.

Everything else is drawn by Chrome, composited by the the Chrome Compositor and uses Angle/GPU to present to the screen. Focus/Activation and in general input ins managed differently as well.

GPU acceleration plays a big part here but Google has implemented a fallback mechanism for systems without GPUs or compatible ones. Incompatible systems will use a pure-software fallback.

According to the information posted, the Linux build is not ready yet but will be shortly. There are other options to find out if your version of Chrome is using aura or not.

Type or paste chrome://version/ into the browser's address bar and look at the first line. If you see Aura mentioned here, or see a .1 at the end of the version, e.g. 31.0.1617.1, then Chrome is running Aura. 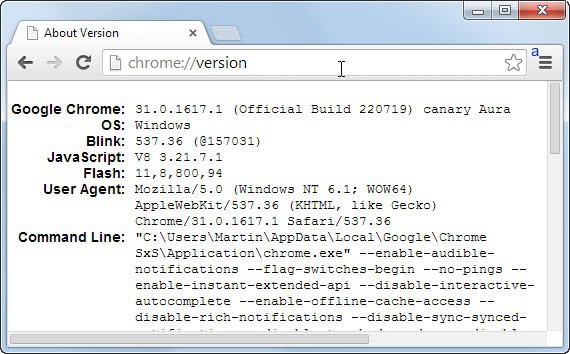 Aura cannot be enabled on older versions of Google Chrome, as it is a "compile-time define". Your version of Chrome either has it or does not have it. Expect it to arrive in Beta and Stable versions of the browser in the near future though. (via Techdows)

Martin Brinkmann is a journalist from Germany who founded Ghacks Technology News Back in 2005. He is passionate about all things tech and knows the Internet and computers like the back of his hand. You can follow Martin on Facebook or Twitter
View all posts by Martin Brinkmann →
Previous Post: « Wikitube adds YouTube videos to Wikipedia articles
Next Post: How to list component versions and perform update checks in Google Chrome »