Chrome OS to get a Canary channel?

If you use Chrome, as in the web browser, then you likely are already familiar with  Canary, which is a cutting edge build of the software for those who think beta versions are simply too boring. The Canary version of Chrome runs two version numbers ahead of the final release and one above the beta. It can also run side by side with Chrome stable and beta, meaning you do not have to commit to making a potentially unstable piece of software your main browser.

Now it seems that those of you who use a Chromebook, which seems to be a growing number these days, can also live your computer life on the dangerous side. References have been found that indicate the Chrome operating system will also be getting a Canary channel.

The Chromium site reports that "We're adding support for moving between all channels including canary-channel. We need the appids of the board in order to switch from canary to non-canary channel. Similarly, we need the canary-channel's appid in order to switch from non-canary to canary channel. This CL adds these two values while preserving the existing semantics of CHROMEOS_RELEASE_APPID". 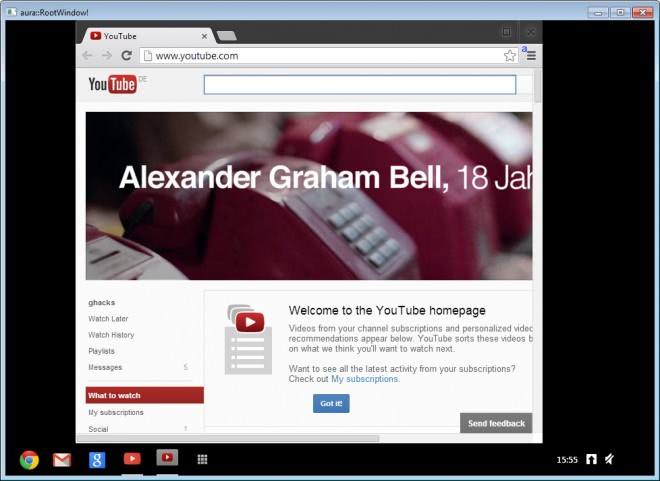 There is, of course, a rather obvious flaw in this. While those who simply use the web browser can freely switch back and forth between stable and developer builds, the operating system seems to have no way to handle such a thing, meaning customers would have to choose and those who opted for Canary would be running a potentially unstable OS. However, the above statement seems to indicate that Google may have a solution for this in the works. For now, though, it is just a wait and see game.

At this point we not have any real answers for this question or any other. We also have no time frame for a release. For now Google seems to be offering no explanations or additional information, so this is merely something to keep an eye on,.