When it comes to movies on the Internet, the media focus seems to be on illegal downloads or streaming services. What is being ignored largely is that the Internet is also host to a growing number of free movies that you can download to your PC. While you won't find the latest blockbusters on offer, you may be surprised as to what you can download for free.

One of the best locations for classic movies is archive.org's movies archive. It is mainly covering the period from 1920 to 1960 and even though that is a time long gone it does not mean that the movies are not enjoyable anymore. You can't compare the majority with modern movies, which are faster and more action orientated, and if you are looking for these kind of movies you do need to look elsewhere. But if you are interested in interesting plots or film history you will find hundreds of hours of entertainment on the site. 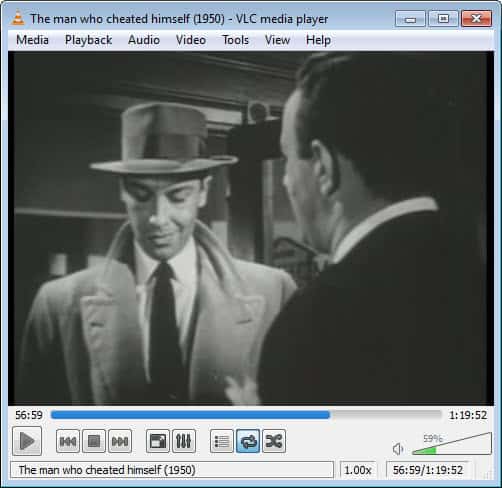 Without further ado, here is the list of classic free legal movies that you can download right now.

Little Lord Fauntleroy (1936) - Based on the 19th century novel of the same name. A story about an American boy who will be the last Earl of Dorincour when his grandfather dies.

Last of the Mohicans (1920) - The very first film adoption of James Cooper's epic novel of the same name. It is a silent movie but still, a classic.

- If you have watched the TV show Gilligan's Island you may be interested in this follow in where the inhabitants of the island manage to escape from the island.

Scrooge - Based on A Christmas Carol by Charles Dickens and its first film adoption.

All 15 Dick Tracy chapters - The complete Dick Tracy serial by Republic Pictures which runs for more than 4 hours.

The Phantom of the Opera (1925) - Another silent movie based on the novel by French writer Gaston Leroux first published in 1909.

House on Haunted Hill - A movie about a man inviting five strangers to a house offering them $10,000 if they can stay the night in the house.

Night of the Living Dead - A black and white horror film by George Romero that has entered the public domain due to an error.

His Girl Friday - A comedy starring Carry Grant and Rosalind Russel. Russel plays a reporter who wants to get out of the news business and away from here former husband Grant who plays the news publisher. Before she finally gets away she is asked to investigate one final news sensation.

Plan 9 from Outer Space - According to many one of the worst movies ever made even though it is not in IMDB's bottom 100.

Quicksand - A film with Mickey Rooney where he borrows $20 from a cash register only to find himself in a chain of events that quickly get out of control.

Impact - The attempt to have a wealthy business man killed goes wrong but he uses the opportunity to make it look like it succeeded to start a new life.

Too late for Tears - A couple receives a satchel full of money that is not intended for them. While she wants to keep it, he wants to hand it over to the authorities. And so the story unfolds.

Utopia - The very first film that Laurel and Hardy made together.

Suddenly - A Film Noir movie with Frank Sinatra and Sterling Hayden about three assassins that hold a family hostage while they are waiting for their target.

The Stranger - A cat and mouse game between a member of the Allied War Crimes Commission and a Nazi who as assumed a false identity. With Orson Welles.

D.O.A. - About a poisoned man's quest to find out who poisoned him.

The man who cheated himself - About a police officer who is tasked to investigate the crime by his lover and his rookie partner who is determined to solve the crime.

The Saint Louis Bank Robbery - Stars Steve McQueen. It is a heist movie based on an actual crime.

Please Murder Me - A lawyer defends the wife of his best friend who is accused of murdering him. 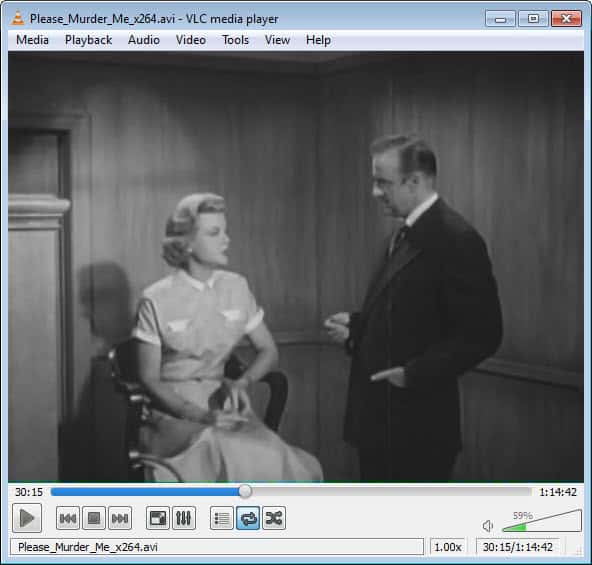 Fear in the Night - A man dreams he murdered someone, wakes up to find out that this may not have been a dream after all.

Beat the Devil - With Humphrey Bogart and Jennifer Jones. About four crooks and a couple on their way to Africa from Italy to buy land loaded with uranium.

Three Stooges - Four The Three Stooges episodes: Disorder In The Court, Brideless Groom, Sing A Song Of Six Pants, Malice In The Palace.

The site is a bit hard to navigate. While you can use the search on top, you can only really make use of it if you know the name of the movie you are looking for. If you are not, you need to browse the various folders and subfolders made available in the Video category of Archive.org.

Here are two entry points to get you started:

Have a movie that you found on the site that you are particularly interested in? Let me know about it in the comments.

Martin Brinkmann is a journalist from Germany who founded Ghacks Technology News Back in 2005. He is passionate about all things tech and knows the Internet and computers like the back of his hand. You can follow Martin on Facebook or Twitter
View all posts by Martin Brinkmann →
Previous Post: « How to add subtitles to avi videos natively
Next Post: The new MySpace is here »