Mobile Google Earth users already know the feature as it has been added to the mobile version of the application for iOS and Android several months ago.

The tour guide feature aids you in the exploration of places of interest. You do not have to be nearby to use the feature, but it certainly can be useful if you are visiting a foreign country or city and have some spare time for sightseeing. 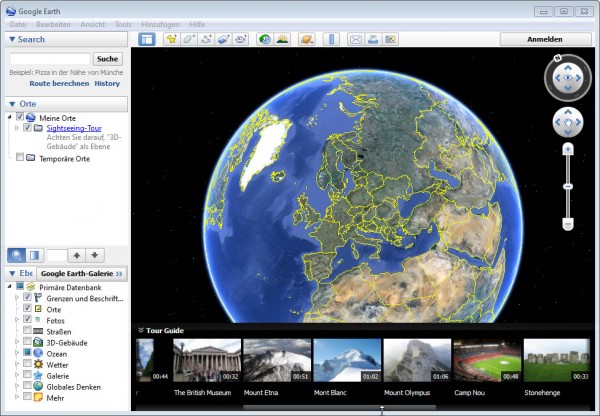 You will notice the tour guide thumbnail bar at the bottom of the main window of the Google Earth desktop application. It automatically updates the list of available tours when you change the position, either by rotation or zooming. You can alternatively use the search at the top left to zoom in on a place or location you are interested in. Each tour is visualized with a thumbnail, a play time and the name of the place, object or location.

A click on a tour zooms in on it which may take some time depending on how fast your Internet connection and processor is. The default view mode is 2d only, and you need to select the 3D buildings options on the left sidebar to display buildings in 3D if available. 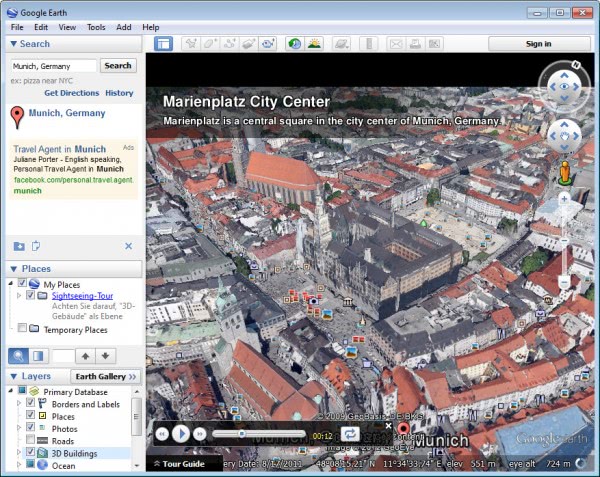 3D imagery has already been available for the following cities and places in previous versions of Google Earth.

The search takes you directly to those locations on the map. The tour guides basically show locations from different angles but fail to provide you with detailed information about what you are seeing at the very moment. You will find snapshots scattered around popular places which you can hover over. Snapshots depict points of interest in the form of photos that you can take a look at from within the application.