With the move to Windows 8 Microsoft has not killed Media Center as many had feared they would, but they have made it much less appealing in several ways. Â The popular home theater computer (HTPC) software will only be available as a paid add-on for the new operating system. Â On top of that, Microsoft has removed the ability to have the app start automatically whenever Windows boots up and they removed DVD playback from Media Player although there are ways to fix that, including buying the Media Center upgrade pack.

With all of this bad news for HTPC users, there only a few options left. Â Users can continue to use Windows 7, which will be supported by Microsoft for many more years, they can choose to move to Windows 8 and deal with the changes, they can move to any of several good solutions available on Linux (an OS that isn't for everyone) or they can move to a third-party media solution.

Thankfully, there are several good, free solutions for users to choose from. Â All of them will work with Windows and one will even work with several other platforms. 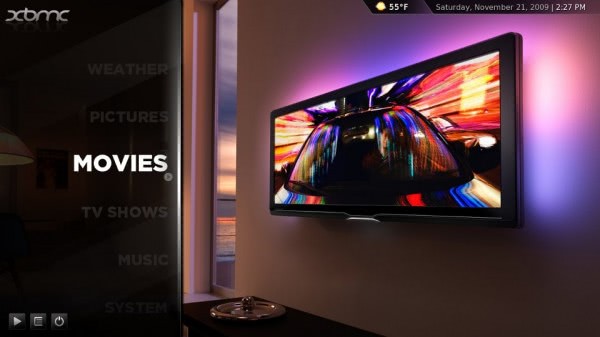 XBMC (which stands for Xbox Media Center) is probably the most popular Media Center alternative on the market. Â It's a well supported, open source program that will run on almost any version of Windows, as well as on Mac, iOS, Linux and even Apple TV. Â Thanks to it's popularity and it'sÂ ferventÂ user base, the app has many plugins available to add extra functionality and can be customized with many different user-created "skins". Â There are also mobile apps available. Media Portal is only available on the Windows platform (XP and newer). Â Like XBMC though, it's open source software and has an active community of users who have created many plugins and skins that let users customize the program to their personal tastes. Â Media Portal also has mobile apps available for the program.

Finally, we have Moovida, which is perhaps the least known of these apps, but don't let that fool you. Â It may actually be the best option for many of those looking to move from Media Center. Â It is likely more compatible with various file formats than any of the other apps and has perhaps the nicest user interface, but it's also the only one that isn't open source. Â Users can't customize it like XBMC and Media Portal and there is no mobile app. Â However, the app is well supported and widely compatible with various hardware.

While each user will have to choose the app that's appeals to their taste, they all do most of the same things. Â Many of you may want the customization of the open source software like XBMC and Media Portal, while some may prefer the professional support of Moovida. Â All of the apps will replace Windows Media Center without users losing any capabilities and most will actually add functionality. Â My preferred choice is XBMC due the simple fact that it has most plugins and skins available, making it more customizable.