Mozilla's announcement that the Thunderbird desktop email client would be moved to the bottom of the organzation's priority list came as a shock to the community as it was one of the two programs - the other is the Firefox web browser - Mozilla is best known for. The reason for the move was to use resources for other projects, especially web and mobile projects like Firefox OS.

Mozilla at Mozcamp last week outlined how Thunderbird's future could look like. Paid-staff that is contributing to the Thunderbird project will be reduced to a minimum in almost all development and support sections. Only security & privacy, and release engineering will be maintained by paid staff members, with release management the only other section where paid staff members participate equally. All other sections are moved towards a contributor powered system if it has not been that way all along. 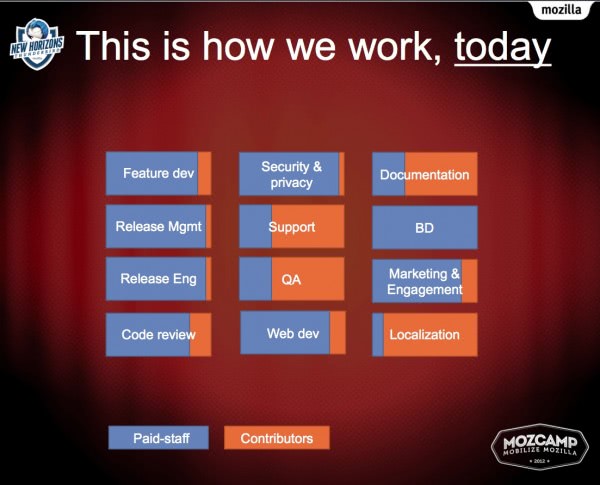 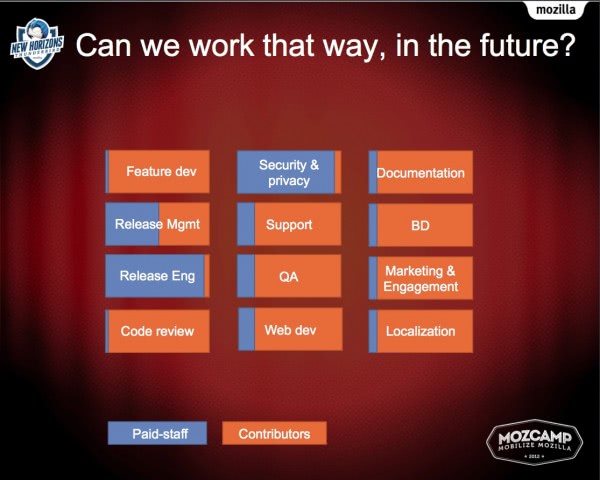 It is the community that will take over code reviews, feature development, web development and marketing for the most part, like it does already when it comes to localization, documentation, support and QA.

New versions of Thunderbird will still be released every six weeks to stay in sync with the release schedule of the Firefox web browser. Thunderbird will however use ESR versions, that is 17.0, 17.0.1, 17.0.2, instead of the currently used major version updates. There won't be a Thunderbird 18, 19 or 20.Â  The emphasize lies on security and stability updates for the email client, and not feature updates. In fact, the majority of Thunderbird releases from version 17 on will not include any feature updates whatsoever.

Mozilla aims to bring the next feature update to Thunderbird 24 ESR which is expected to be released on September 10, 2013. There is still a chance that features will be integrated earlier into the Thunderbird email client, but that depends on solely on community contributions. 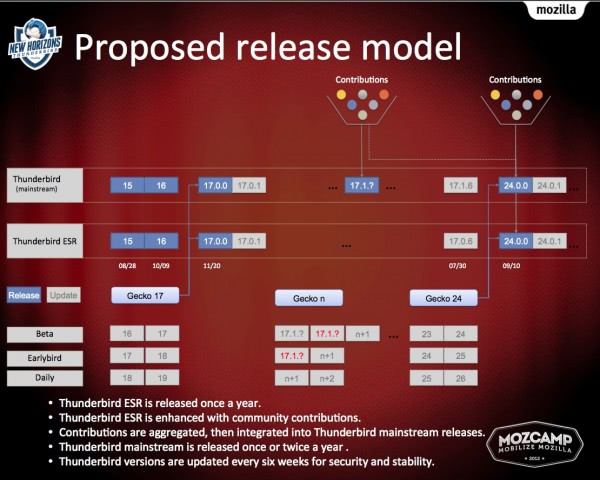 It needs to be noted that this is currently in planning stage and not confirmed as the way to go forward. It is however likely that this is how it is going to be. (thanks SÃ¶ren)