Should you get a Windows RT or Windows 8 computer?

When Windows 7 came along, PC users had to pick one of the available editions that Microsoft made available to the public. The decision impacted the features the operating system shipped with, but not the programs that you could run on it. This is changing with Windows 8 and it is important that people know that before they go out and buy a device they can't fully work with because of this restriction.

In short: Windows RT is a special version of the Windows 8 operating system optimized for ARM hardware. It is ideal for mobile use, and hardware that runs on it usually includes RT in the name. This is a restricted version of Windows 8 that you can't install desktop software on. Desktop software are regular apps that you download and install from the Internet. This includes VLC Media Player, browsers like Firefox or Google Chrome, or software like True Crypt, uTorrent, Open Office or 7-Zip. Developers of those programs may eventually produce a version for Windows RT, but it is likely that you will still miss out on many programs.

Windows 8 or Windows 8 Pro devices on the other hand are full desktop operating systems that support the installation of third party applications. 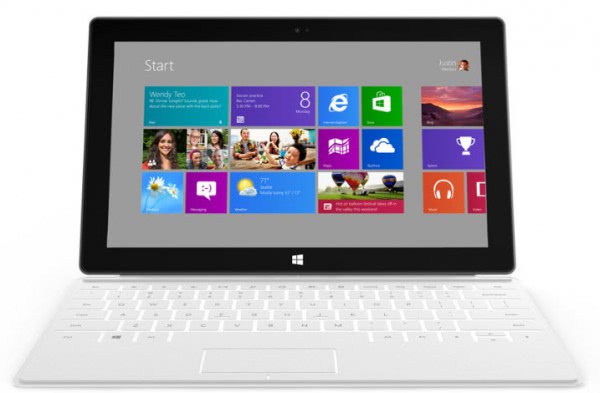 If you buy a device with Windows RT, you are limited to Microsoft's Windows Store for all of your application needs. That's a problem if you are looking for specialized apps or want to install apps that Microsoft does not allow in the store.

This does not necessarily mean that computer's running Windows RT devices are useless, as it depends much on what you need the computer for. If all you do is web surfing, Office work, watching videos, listening to music, playing casual games and other "light" activities, then the device may be all you need to do that. But if you want to do more, like playing modern PC games, installing Steam, or even your favorite web browser - if it is not Internet Explorer - then you need to purchase a computer with Windows 8 instead to do that.

These devices are comparable to Apple's iPad or Android tablets which are also limited to software that is "basic in functionality" when compared to regular desktop software.

Most tablets and devices that ship with Windows RT have RT in their name to make potential customers aware of that. I'd still recommend to verify that by looking at the spec sheet, asking a sales person or doing research on the Internet.