Ah Atari, what a big name they were back in the beginning days of computer gaming. I had my first experience at home with the Atari 2600 system and classics like River Raid, Frogger, Pong or Pitfall, as well as arcade games such as Arkanoid. I had lots of fun playing those games alone and with friend, and am grateful looking back that my parents restricted the play time as I'd otherwise would have spend all my spare time playing them.

I did however experience another issue in other web browsers that made the games barely playable. Eventually, the game screen would change and ask me to rotate the device, which obviously can't be done on a desktop PC. There was no way to continue playing the games. This changed after I switched to Internet Explorer 10 on Windows 8. 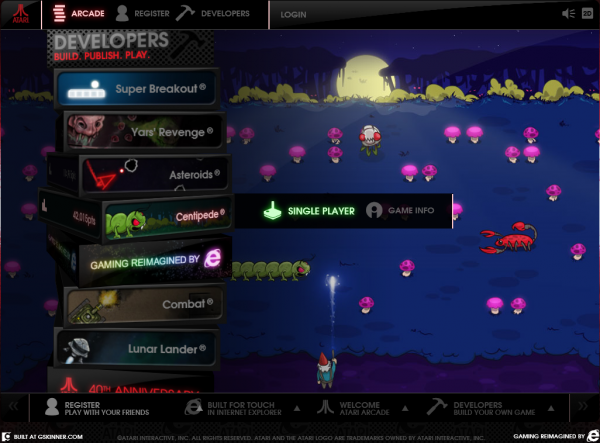 The following games can be selected on the arcade website:

All games can be played alone, while Combat, Missile Command and Pong support multiplayer as well. The games play directly in the web browser supporting both keyboard and touch inputs. If you are using the keyboard to control the game, you can use the WASD or cursor keys to move, and space to interact. 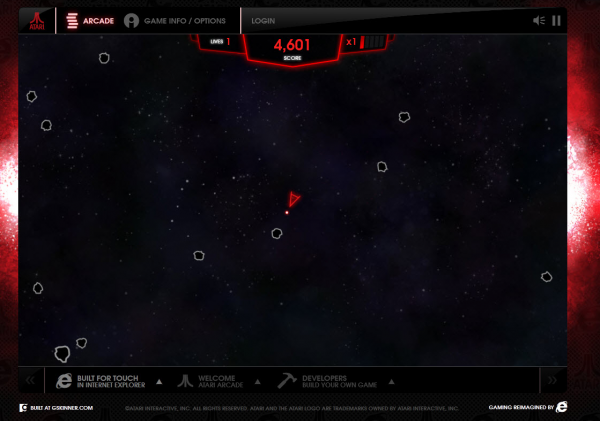 The games feature modern graphics and play reasonably well in the web browser. You can register an account at the site to save high scores and play the multiplayer games with your friends.

It is definitely fun to play a game or two of the games, but once you have done that, you are probably craving for games with more substance. Still, if you want to relive some of your childhood memories or have a classic game of Pong against your buddies, then this may be exactly what you are looking for. The screen rotation error needs to be resolved, as does issues for users who run the Windows XP operating system.