Microsoft paid $8.5 Billion U.S. Dollar for the Skype brand and technology which even for Microsoft was a hefty investment that Microsoft did not only make in what Skype offered to the company at that point in time, but also with the future in mind. Integrating Skype into Microsoft products like the upcoming operating system Windows 8, on Facebook, or even on Microsoft's Xbox system must have played a big role in the company's evaluation of the technology.

Benefiting from Skype's existing user base may have played a role as well. Sandhya Venkatachalam on the official Skype blog announced the launch of Conversation Ads in Skype. The new form of advertisement is displayed to users who use Skype to make free calls to other Skype users. Sandhya notes that the ads are not displayed to users who do not have Skype credit or subscriptions "when they're making 1:1 Skype-to-Skype audio calls using Skype for Windows".

Skype Conversation Ads will be silent and non-expanding, and only after Skype has made sure that the connection is properly established between the two participants of the call. The ads may use non-personally identifiable information (location, gender, age) to display ads to the user. Skype users can opt-out of those targeted advertisements with a click on Tools > Options > Privacy, and unchecking the Allow Microsoft targeted ads, including use of Skype profile age and gender option there. This does not mean that they won't see ads on the other hand, only that these ads are not targeted using these parameters. 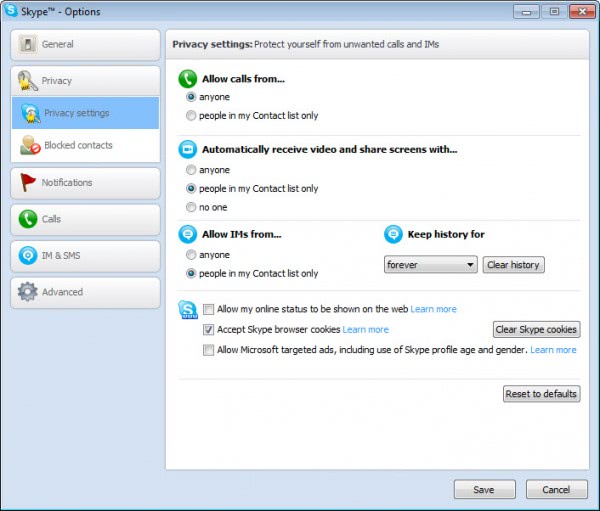 Microsoft could increase the revenue of the Skype division considerably with these new type of advertisement on Skype. Most Skype users on the other hand who make free calls with the software will probably not mind the new type of ad format, provided that they remain unobtrusive as they seem to be right now.Â  Most users I know do switch windows anyhow after the call has been established. (via Caschy)