Use F-Secure Easy Clean To Scan Your System For Malware

F-Secure Easy Clean is a standalone security software for Windows that scans a system for malware. It is in this regard similar to the excellent Dr. Web CureIt which serves an identical purpose. Easy Clean requires an active Internet connection during the scan as it is connecting to cloud-based servers for information during the scan. This is unlike CureIt which can be run locally without active Internet connection.

F-Secure Easy Clean on the plus side of things comes as a 4 Megabyte standalone executable that is compatible with all recent 32-bit and 64-bit versions of the Microsoft Windows operating system.

The program itself scans the computer for various popular threats, including rootkits, worms and other types of malware. This is similar to Microsoft's Malicious Software Removal Tool which also only cleans known and popular threats. 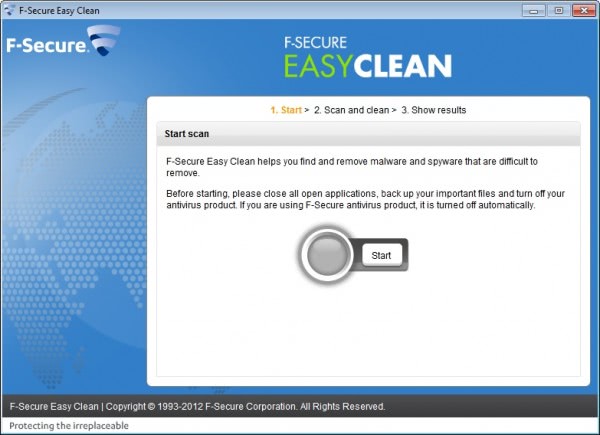 The program is dead easy to use. Windows users need to start the program with elevated rights. From then on it is just a few clicks to complete the scan of the system. F-Secure Easy Clean scans for rootkits right away, and will prompt for a reboot afterwards after which the scan continues before the desktop loads. It is necessary to start Windows with the same user account the program was started in.

The program suggests to turn off any antivirus solution that is running in the background to avoid that some files are locked by those programs. 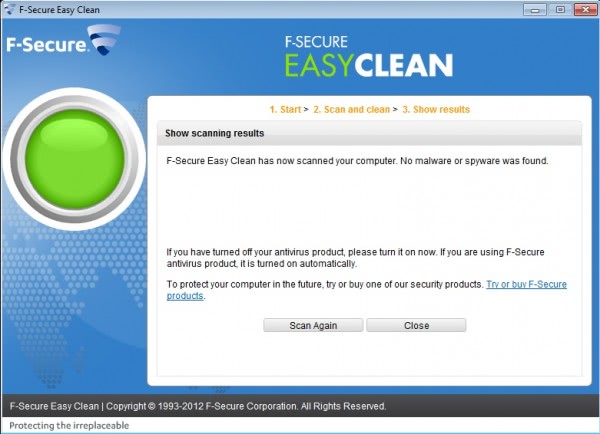 The scan, including reboot, should not take more than a few minutes. The program can remove common viruses, worms and other types of malware that it detects on a system. The developers note however that it is not a full antivirus product, and as such can't remove all malware from a system.

Adventurous users can download the Easy Clean Beta instead which uses "pre-production databases and components that users can try before their official release".

The restrictions make F-Secure Easy Clean a solid alternative to Microsoft's Malicious Software Removal Tool, especially since it covers a wider range of malware that it can detect and clean. The products reliance on an Internet connection, the required reboot during scan,Â  and the lack of a larger malware database make it inferior to full standalone scanners such as Cure It from Dr. Web.

Still, if you are looking for another scanner to scan a Windows PC for malware, you will find that Easy Clean is a solid option for that.

Update: Some users have mentioned that the program has removed false positives on their system, and made changes to it, without first giving them an option to accept or block the changes. Caution is therefor advised, and most users are probably better of with Dr.Web CureIt.