Even if you are a tech savvy user, it will take some time before you understand the workflow and functionality of Microsoft's new Windows 8 operating system. The change from a desktop-orientated system to a Metro and desktop hybrid may throw you off at first as basic features have been changed in the operating system. This guide looks at those features from a professional perspective.

Windows 8 ships with two interfaces currently. The start screen, known as Metro UI, which gets loaded when you log in, and the traditional desktop. It was previously possible to disable Metro UI to only work on the desktop. With recent changes, it is currently not possible. All the tools that worked in the Developer Preview are not working right now.

1. Switching between apps in Metro

You may have noticed that Metro apps and games start in fullscreen, and that you cannot close them down once they are started. There is no close button available, and the only way to get out of an app is to press the Windows key, or use the Charms menu which you can display when you hover your mouse cursor over the lower right edge of the screen.

You can switch between open apps and windows with Alt-Tab, which works exactly as it did under Windows 7 and previous versions of Windows. Windows 8's Alt-Tab displays both desktop windows and Metro apps.

Metro apps keep running on the system even if you leave them using Alt-Tab. They use little to no resources and are basically put into sleep mode. The only option to close them down is to use Ctrl-Shift-Esc to bring up Metro UI's basic Task Manager to do that.

There are several reasons why you might want to close open apps. They first appear when you use Alt-Tab to switch between apps and windows. The more you have open, the longer it takes to find the app that you want to switch to. Privacy, and the urge to run a "clean system" may be other reasons for killing apps when you do not need to use them anymore.

You can click on More Details to display the full Task Manager instead. 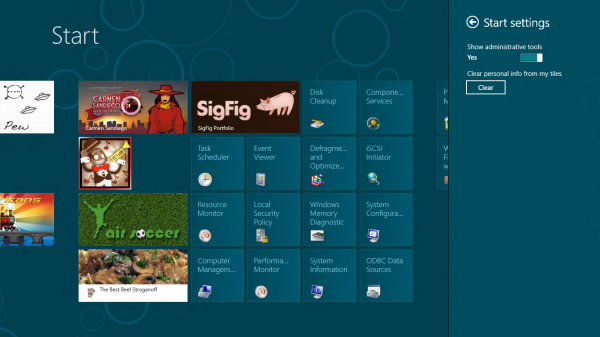 Administrative tools are hidden by default, but you can enable them if you know where to look. Open the Charms menu by hovering the mouse cursor over the lower right corner of the screen. Select Settings, and then Settings again under Start at the top.

Switch Enable Administrative Tools from No to Yes. This adds 18 core system tools like the Task Scheduler, Event Viewer or Computer Management to the Metro interface.

If you have been using the built-in tool MSConfig to manage the system's startup programs, you'd be in for a surprise. Microsoft has moved the information from the system tool into the task manager. MSConfig still displays the list of services, boot information and links to tools though. 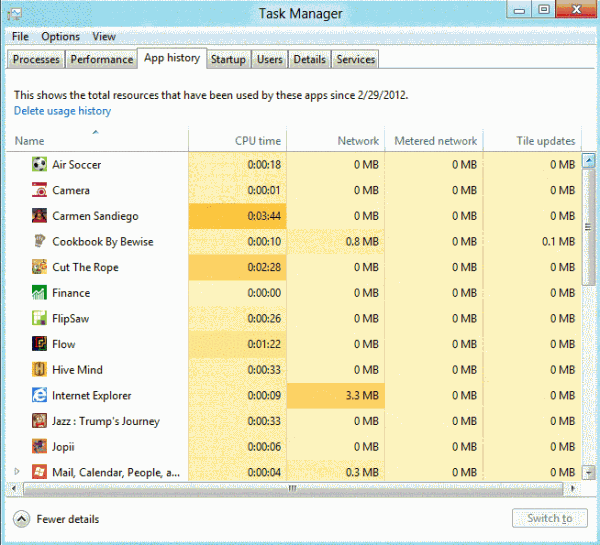 Windows keeps track of a system's application history. Apps in this regards are only Metro applications, and not desktop programs. You see the names of the apps that have eebn used, their cpu time, bandwidth and other information.

You can click on Delete Usage History to remove the resource usage information, but not the apps from the listing. It was previously possible to control the feature in the Privacy settings of the Metro Control Panel. The options were removed in the Consumer Preview.

There may be a setting in the Registry that deals with it, but I have not found it yet. 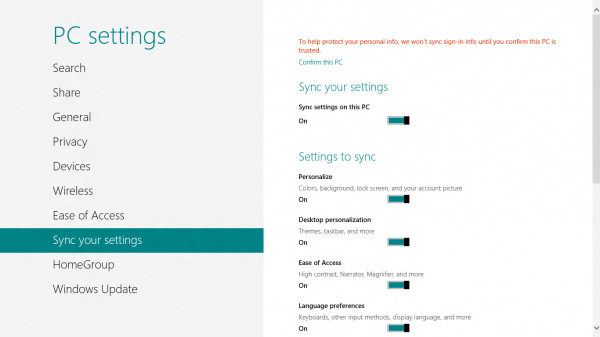 You may remember the announcement that Windows 8 can synchronize customized settings like themes or account pictures with the cloud, to make them available on every Windows 8 PC the user signs in with the same account.

You can configure the feature for each PC individually in the Sync your settings menu in the Metro Control Panel. To get there bring up the Charms menu, select Settings, then More PC Settings. Scroll down until you find Sync your Settings.

You can switch the synchronization feature off for the PC, or customize which information you want synced. 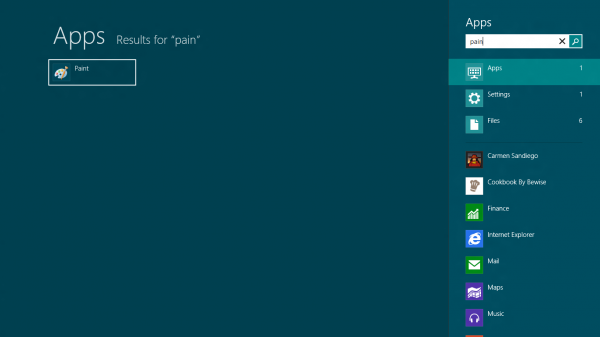 When in Metro UI, you can just type to launch programs. Windows will not display all files matching the term you enter. This may be confusing at first, as regedit for instance returns no results. You can still hit the enter key to launch the Registry Editor, or other tools like msconfig in Metro.

The type, search and run feature only works on the Metro start page. It won't work if you have a Metro app open, and it won't work on the desktop as well.

You can drag and drop Metro apps around to sort them the way you want them to be in. This works ok-ish with a mouse or touch screen, and not so well if you only have a trackpad at your disposal. There does not seem to be a way to drag and drop multiple items at once either.

Still, if you want particular apps to appear in different locations, drag and drop is your only option to achieve that goal. 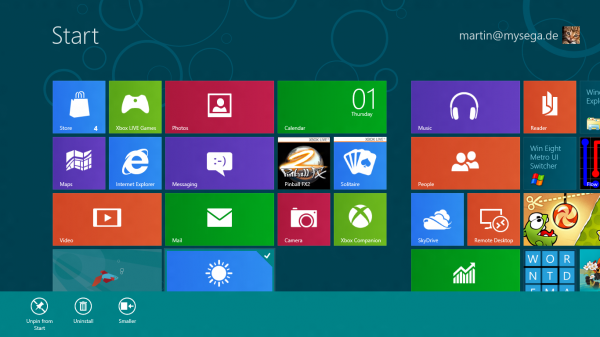 If you do not use some of the default apps, or want to uninstall apps that you have tried out, you can do so quite easily. Right-click the app that you want to uninstall, and select the Uninstall option from the footer menu afterwards.

You can alternatively unpin the app from the start screen, which would keep it on the system, accessible through search for instance, but not on the Metro UI start screen. You may have noticed that some apps take up more space on the start screen than others. Some apps are displayed with twice the size of others. A right-click and the selection of smaller or larger decreases or increases the size of the app on the screen.

11. Double-click to zoom out

A double-click on the Charms icon in the lower right corner of the screen zooms out of the start page. This makes it easier to navigate if you have lots of apps installed. You can also drag and drop blocks around instead of single apps.

Windows Store can be disabled in the Group Policy Editor. Type gpedit.msc in Metro and press enter. Now go to User Configuration > Administrative Templates > Windows Components > Store, and enable Turn off the Store application (or under Computer Configuration and the same path).