The incident came to light only recently, when hackers started to upload code sneak peeks and information to the Internet.

Symantec by then asked users of pcAnywhere to stop using the software to analyze and mitigate any arising risks. Symantec later on released a security recommendations whitepaper that described possible risk scenarios.

These information where later removed from the whitepaper after a patch had been issued.

The hackers in the meantime have released email correspondence on PasteBin. Here it gets a bit blurry as both sides apparently tried to broker a deal that would prevent the source codes from being released to the public. According to Symantec, it was a sting operation from the very beginning. The hackers on the other hand stated that they tried to "humiliate them" further.

A torrent of the source code has since then been released on the popular Bittorrent indexing site The Piratebay where it quickly climbed into the top 5 seeded files of the Misc category. 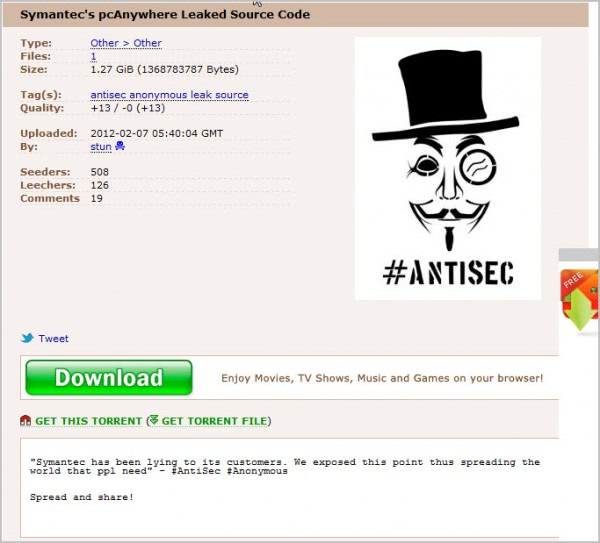 The hackers have already announced that they will also release the Norton Antivirus source code.

Should Norton and Symantec customers be worried about the source code release? Symantec stated that user's who have upgraded the products to the latest version have nothing to worry about.