Firefox, like other web browsers, can only display a certain amount of tabs at the same time. This is handled by minimum and maximum width parameters.

Once the limit is reached, arrows are added to the right and left side of the tabbar that need to be used to access tabs that are no longer visible on the screen. We dealt with the issue before here at Ghacks, and suggested to change minimum and maximum tab width values to display more tabs in the tabbar at the same time.

The Firefox add-on NOverflow takes the concept a step further by dynamically changing the tab width value. The add-on, instead of letting Firefox hide tabs in the tabbar, reduces the minimum tab width whenever necessary to keep all tabs visible on the screen. And when you start closing tabs, the width of the remaining tabs is adjusted again to use the freed room on the tabbar.

This works well for a medium amount of open tabs. Once you reach an upper limit, scrolling buttons are displayed again to scroll to the left or right as there is no more space to display additional tabs on a packed tab bar.. A quick test revealed that about twice the number of tabs were displayed at the same time with the extension installed. It should be noted though that this is only valid if the minimum width has not been altered previously. 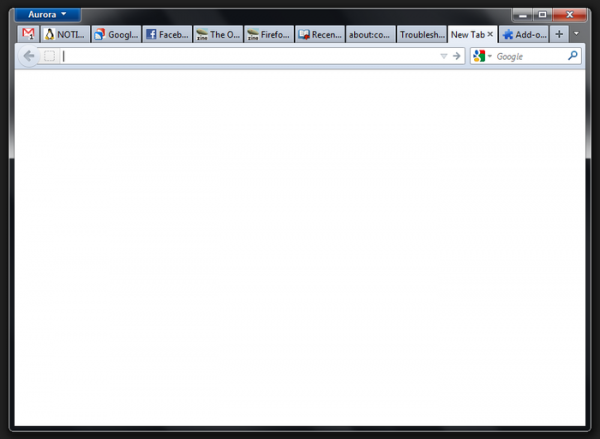 The core benefit of the extension over adjusting the width of the tabs in the stylesheet is accessibility. All it takes is to install the add-on to get the tabs width adjusted automatically from that moment on. Tech savvy users may prefer to edit the stylesheet directly instead, as it will free up some ram and maybe even cpu that the add-on requires when running.

You can change the minimum width in the add-on's options. It is set to 54 pixels which is nearly half of Firefox's default value of 100 pixels. You can reduce the size to 36 pixels which would nearly triple the maximum number of visible tabs in the browser, or increase it to 72 pixels.

The remaining options let you hide blank favicons from tabs, the close button from the active tab and to use slimmer pinned tabs.

Firefox users who want to give it a try can download and install NOverflow from the official Mozilla Firefox add-ons repository.

Update: The extension has been renamed to No Tab Overflow. The developer of the add-on has added more options to it. First, you may notice that the width in pixels has been altered slightly. Compact is now limited to 40px, recommended to 55px and wide to 70px.

The author has added options to dim tabs that have not been loaded by Firefox yet, and to disable the animation when tabs are closed or opened to speed up the resizing.