I sometimes have to edit or convert videos before I upload them to YouTube or save them to a backup server.

This is for instance the case for gaming session recordings which often reach the 100 Gigabyte mark and beyond. Tools like Virtualdub or Avidemux are advanced tools that I use most of the time, especially when videos need to be re-encoded to save disk space.

Sometimes though I only have to make smaller adjustments to a video, for instance to cut part of the video from the recording. While I could use the two programs mentioned above, I often prefer to run a simpler tool to accomplish those jobs.

Free Video Dub is a free basic video editing software for the Windows operating system. When you first start it up you are asked to pick a source video file that is stored on the machine. The program supports a variety of input video formats, from avi and flv to mov, m3v and mpg.

The video is then automatically loaded, and you have the usual playback controls that include stop, pause and a slider to go to a specific position. 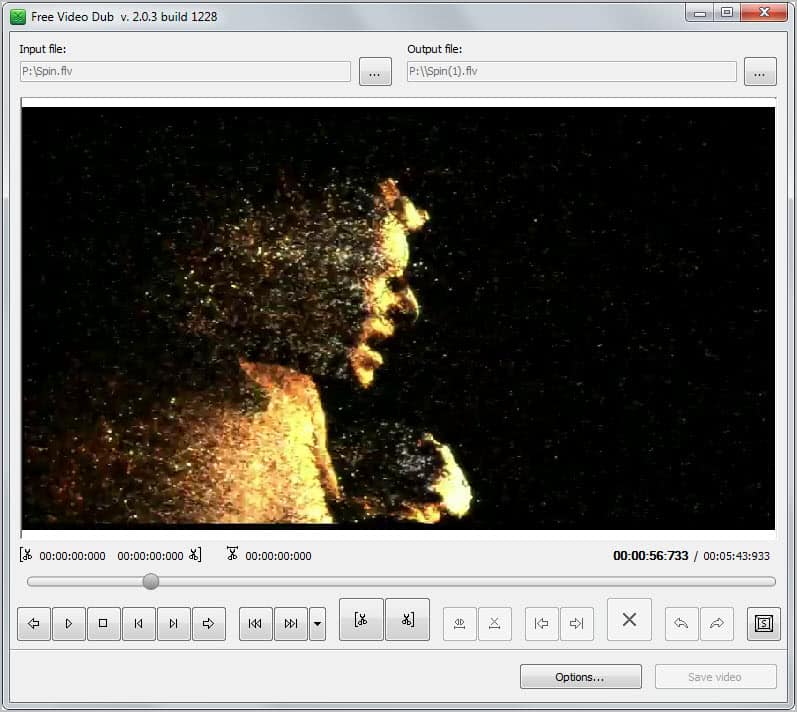 The application can only be used to cut videos. This is done either by selecting the starting and end locations manually or by letting the program pick them automatically.

If you select the manual option, you can either delete the part that you have selected or save it to the computer system. Deleted parts are removed from the video, and the video is again joined together.

This means it can also be useful to remove advertisement from videos.

You can delete multiple parts of the loaded video one after the other with options to undo or redo processes when necessary.

Free Video Dub has an option that allows you to detect new scenes automatically to aid in the cutting process. Advanced users can furthermore use shortcuts to speed up the processing further.

Windows users who need to cut supported video files regularly may like the basic nature of the cutting software. The software is compatible with all recent versions of the Windows operating system. It requires the Microsoft .NET Framework 2.0 to be installed on the system it is run on. Please note that the program will install a toolbar on the PC if you do not pay attention to the installation dialog.