A very handy shortcut that I use regularly in the Thunderbird email client is the archive shortcut. A tap on the a-key archives currently selected emails, one or multiple, into the archive folder of the mail account.

That's handy if you do not need or want to sort archived emails in a different way, for instance by contact, purpose or other sorting criteria.

One should not confuse the internal archiving options of Thunderbird with archiving emails externally though.

Thunderbird does not come with many options to set different archiving folders for emails, which means that users who want to have more than just a single archive folder per year need to move emails manually into other folders.

Or, they could use QuickArchiver for the Thunderbird desktop email client which is a brand new add-on that speeds up the archiving noticeably.

The idea behind the extension is simple. When you archive emails, you usually archive emails from the same sender into the same folder. The extension remembers target folders once you start archiving emails, for instance by pressing a or moving emails to another folder using the context menu or drag and drop.

These folders can then be displayed in the Thunderbird inbox, so that it takes only one click to move a particular email into the previously used folder. 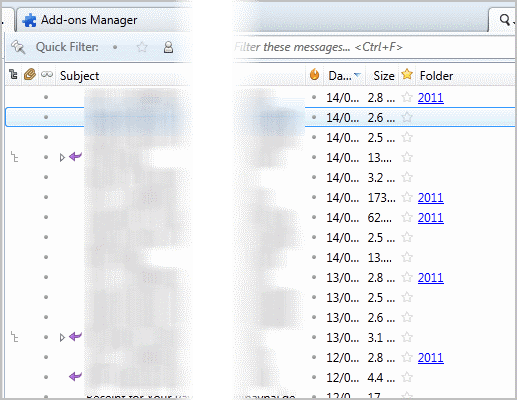 You need to enable the Folder header in the Thunderbird mail view after installing the extension to make use of the feature.

This is done with a click on the rightmost icon of the inbox header bar and the selection of Folder from the available options. 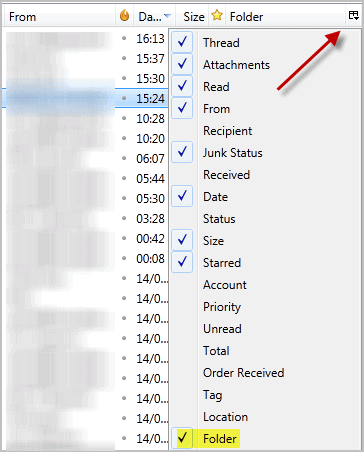 Once enabled it will display the last archive folder of that particular email sender. A click on the location moves the selected email automatically into that folder without further confirmation or menus.

The technique used is different from filtering emails into folders. Filtering is an automated process which means that you cannot read the email subject or body before it is moved. With QuickArchiver, that is possible.