One of the things that I really missed in Firefox was an option to hover over an image to display a preview of it on the same page. I'm often browsing websites that only display thumbnails, or smaller versions of images, on their pages. It is then necessary to click on that thumbnail image to load the full sized image on a new page of the website. That's very uncomfortable especially if you have to repeat that process multiple times a day.

And now there is Image Preview, a Firefox add-on that does exactly what I requested for so long. The Firefox extension will automatically display a larger version of the image on mouse over on the same screen. No new pages that need to be opened or loaded, which speeds up the workflow tremendously. 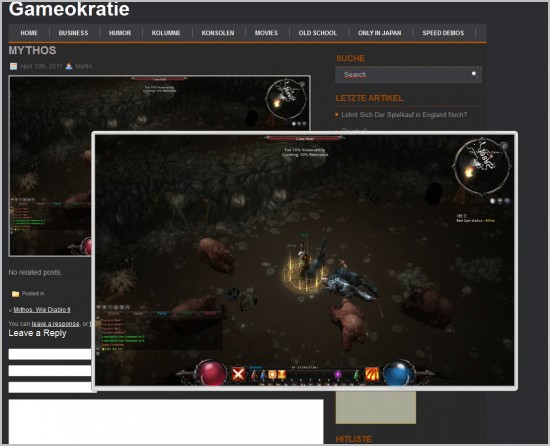 It does work well on all sites that link to images directly, including most WordPress sites like Ghacks or popular image posting sites like 4chan. The extension displays a preview with a maximum resolution of 150 pixels in width or height by default, whichever is larger. This can be changed in the extension's options to a custom resolution. A resolution of 0 will display all images in their original size.

Some users may find it irritating that image previews are displayed on mouse over. They can add the Ctrl key to the previews so that a mouse over alone will no longer show the image preview. The preview is only loaded if Ctrl is held down at the same time.

The remaining settings include configuring the position of the preview image on screen (either center of screen or near the mouse cursor), the display delay (500ms by default), whether to hide the image preview if the mouse cursor leaves the link area and if image information should be displayed with the preview.

These settings can be used to customize the extension further. The delay for instance is helpful when moving the cursor over images to reach other links or elements on the screen. Image previews would pop up all the time if you'd set the delay to 0.

Image Preview is a great Firefox extension to quickly display images in larger resolutions, provided that they are linked to. The developer should consider adding an option to zoom images if the image itself does not link to a larger version. Firefox users can download Image Preview from the official Mozilla Firefox add-on repository.