I'll come clean and say that I've still not been drawn into the whole Angry Birds phenomenon, but that's not to say I haven't heard about it.Â  It's very difficult not to have heard about Angry Birds after all!

Movie studio 20th Century Fox are counting on this as it's now been announced that the next Angry Birds game, called Angry Birds RIO, will tie-in with an animated cartoon movie.

The film, which is due for release in March will be made by the same people behind the popular Ice Age.Â  A spokesman for 20th Century Fox said the movie wouldÂ "introduce the millions of fans of Angry Birds to the exciting world of RIO."

In the new game the birds travel to Brazil to try and rescue two new friends, Blue and Jewel.Â  They are tropical birds who will be the main stars of the movie.

The Angry Birds game has had over 50 million downloads since its release last year.Â  It can now been found on just about every smartphone platform and is set for release on the PS3, Xbox 360 and Wii. 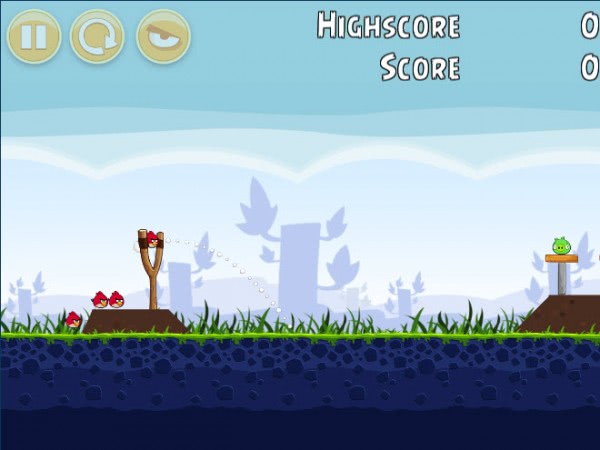 The game, apparently 'cos this is news to me too, is about some bad tempered birds (okay, I could have figured this bit out) who try to rescue their eggs from evil pigs.Â  Using a slingshot the birds are catapulted into the different structures where the pigs are hiding and can use their unique skills to defeat them.

There have also been rumours of an Angry Birds TV Series...Â  I can't wait.

Update: You can play a beta version of angry Birds over at the Chrome page on the official Angry Birds homepage. You can play the game right there on the site. Remember that you need Flash installed on your system to play the game in your web browser. If you use Google Chrome, it should work right out of the box.