How To Enable, Disable Encrypted Search In Google Chrome

A recent article on Neowin caught my attention that suggested that Google was changing the default search engine at least for some users to Google encrypted search. Whenever these users search they are automatically redirected to https://encrypted.google.com instead of the standard Google search address.

Encrypted search, often referred to as Google SSL, improves the protection against some attack forms that spy on a computer's traffic. SSL search is only enabled on some Google properties. Google images and Google Maps for instance are available over SSL currently. 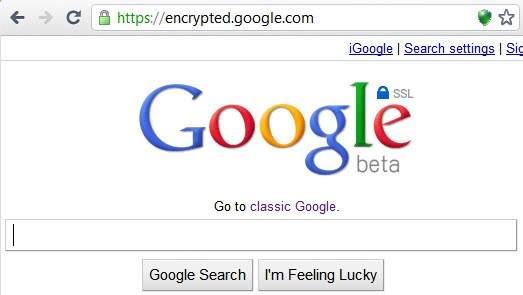 Google Chrome searches are initiated from the Chrome address bar since there is no additional search form available in the interface.

To change the default search engine, users need to click on the Wrench icon in the Chrome address toolbar, and select options from the pulldown menu.

The default search engine can be selected under Search on the first page that is opened.