Norton Power Eraser is a free portable software program for the Windows operating system that has been designed to remove deeply embedded and difficult to remove malicious software from a computer system.

It can specifically detect crimeware such as rogue antivirus programs that are being used to trick the user into either downloading threats to the PC, or to pay money for threats that are not existing at all.

The applications use bogus alerts and security messages to scare the computer user into immediate action. Some programs that are installed that way are difficult to detect and remove using conventional antivirus solutions.

The program displays a simple interface on startup with options to scan a computer system, or undo changes that have been made during previous sessions. 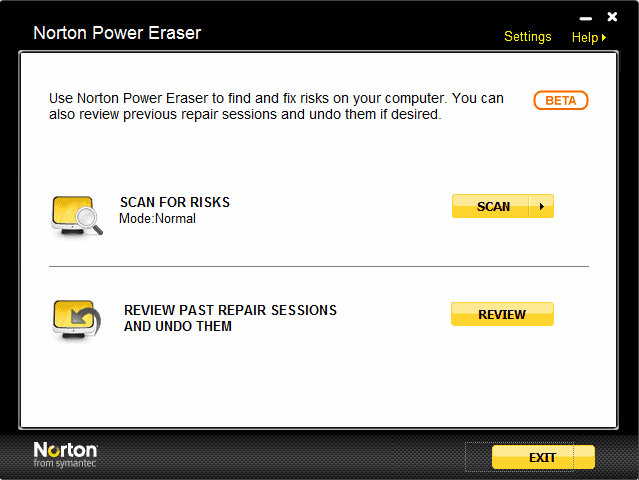 It is possible to either perform a system or directory scan. The system scan will automatically scan the most prominent locations, while the directory scan only the folder that the user selects. You can select a root directory, e.g. the c: drive to scan all files on a partition on your computer system.

The results of the scan are shown afterwards with options to remove programs from the system. Norton reminds the user that the program uses aggressive scan settings which can lead to false positives as seen in the screenshot below. 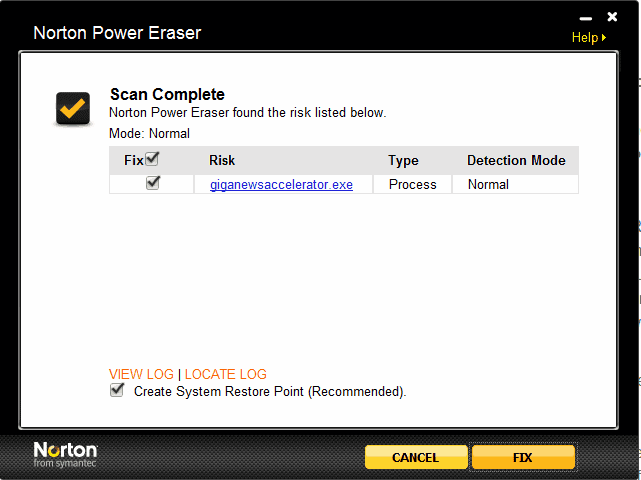 It is therefore recommended to make sure that all programs identified by Norton Power Eraser are indeed malicious in nature before you hit the fix button. You can uncheck individual items there to keep them in their current state on the system.

PC users need to research the issue if they are not 100% sure that the displayed programs are indeed crimeware.

Norton Power Eraser is available for download at the Symantec website. It is compatible with both 32-bit and 64-bit editions of the Windows operating system. (via JK Web Talks)

Update: Norton Power Eraser is now out of beta. The program is still available for free on the Symantec website. The developers have enabled rootkit scan by default which means that this is getting taken care of by Power Eraser as well now.

The program is a second opinion scanner which may come in handy if you suspect that resident security software did not detect threats on the machine.

We recommend that you check any file flagged by Norton Power Eraser using services like Virustotal to make sure they are indeed threats and not false positives.