Crea Writer is an application for the Windows operating system that provides writers with a basic distraction free interface. The main idea behind the program is to reduce the number of distractions to a bare minimum when using the application.

It is not the first application to provide users with these options; we have reviewed several programs like PyRoom for Linux or Write Monkey for the Windows operating system.

Crea Writer launches as a full screen window that displays either a white background or a background image.

Users who donate can change the background colors and other settings of the program (for instance reversing the colors to a black background and white text color). 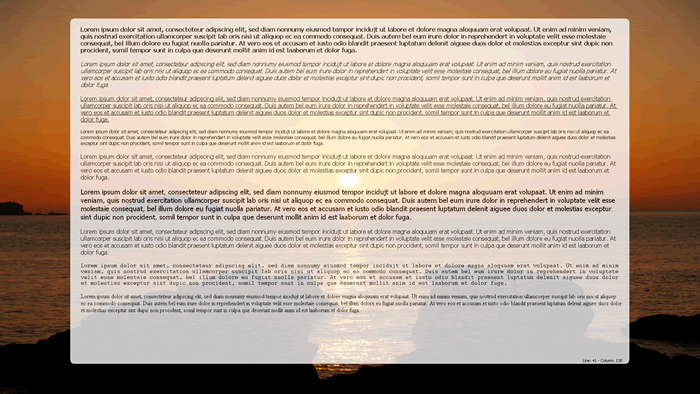 The controls are not shown in full screen mode unless the mouse is moved to either side of the screen. All controls are then displayed on a left and right sidebar with the left bar containing text formatting controls and the right file operations and options.

The standard version is limited compared to the version that users get when they donate. It lacks among other things hotkeys, auto saves, some text formatting controls, the break timer or the configurable display colors.

The background image can either be disabled, set to be transparent or exchanged with another image. The text component is not nearly as complex as that offered by Word or other word processors. It lacks some features that one would expect from text editors like the ability to create chapters or to include images.

It should be sufficient for users who only want to write text in a minimal distraction free environment. But then again, using Notepad in full screen mode has nearly the same effect.

Crea Writer can be downloaded from the developer's website. It works with all recent versions of the Windows operating systems.

Martin Brinkmann is a journalist from Germany who founded Ghacks Technology News Back in 2005. He is passionate about all things tech and knows the Internet and computers like the back of his hand. You can follow Martin on Facebook or Twitter
View all posts by Martin Brinkmann →
Previous Post: « WinX HD Video Converter Deluxe Free
Next Post: Linked Notes Offers Wiki-Style Note Taking »