Like every good Windows Explorer replacement Ultra Explorer offers many features and options that make file management in Windows a lot easier. Some of the highlights that it introduces are favorite folders and files that can be defined and accessed more quickly, a history to open recently opened files and folders faster or tabs to open multiple folders in its interface without spawning multiple windows. 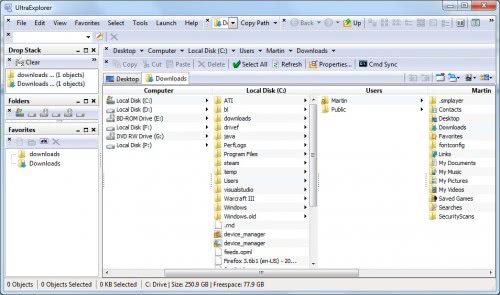 It certainly takes some time to get accustomed to the new options and possibilities that Ultra Explorer offers. Even experienced users may need their time to use the full potential of the software program. Ultra Explorer can be downloaded from the developer's website.

Update: The Ultra Explorer website is no longer available. We have uploaded the latest version of the program to our own servers from where you can download it: [Download not found]