The PS3 Slim was yesterday confirmed at Sony's press conference at the Gamescom in Cologne, Germany. The new gaming system will be sold at $299 (â‚¬299, Â£249) and will be available in the first week of September. The biggest differences when compared to the old Playstation 3 system are the bigger 120 Gigabyte hard drive and 34% reduced power consumption on the positive side and no option to install another operating system on the negative side.

The new PS3 Slim is said to run more quietly than existing PS3 systems, will support Sony BRAVIA TVs by offering BRAVIA Sync which makes it possible to control the PS3 slim with the BRAVIA TV remote. It will also ship with the latest 3.0 firmware.

All other specs and features are identical to previous Playstation 3 models that have been sold by Sony. The old PS3 systems with 80 Gigabyte hard drive will be sold for the same price effective immediately. 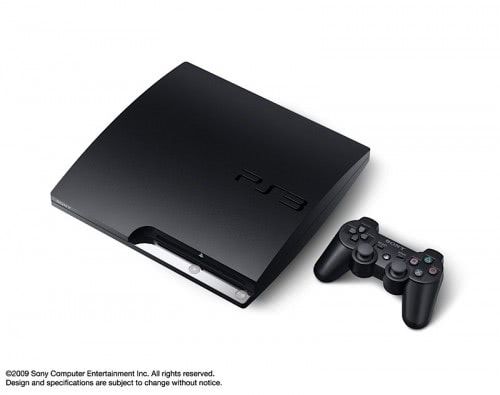 The main question here is if the PS3 Slim will be able to curb Playstation 3 sales. A $100 (â‚¬100) price reduction is certainly a good start and it is very likely that first game and PS3 Slim bundles will appear around Christmas to further increase sales.

Now that the price of the Playstation 3 has reached the level of the other gaming systems: Will you buy one? Do you already have one and want to share your opinion? Let us know in the comments.

While our tests were far from thorough, the initial results from our quick-and-dirty decibel ratings show some promise. With a baseline of 49 decibels, the Slim averaged 53 to 56 db when in use / playing a game / installing data (in this case, Metal Gear Solid 4), compared to the 55 to 58 db of the original. Blu-ray movie playback is where it becomes noticeable, as the slim peaked for us at 60 db when the original was doing 70 db running the same disc.

This means that some time in the future (for probably a premium, maybe $349 or so), a new PS3 Slim may come out featuring a 250GB HDD. There is not much of a difference, but expect it to be bundled with a game or so, right in time for Christmas!