The PC remote control software Vectir can be used to control various PC applications with a Bluetooth enabled mobile phone or infrared remote control. The remote control software supports a variety of software programs including Winamp, iTunes, Microsoft PowerPoint or Windows Media Player. Vectir can also be used to control various system settings that include volume control, remote, reboot or shutdown commands, using the wireless control as a mouse pointer but also player controls for the supported media players. 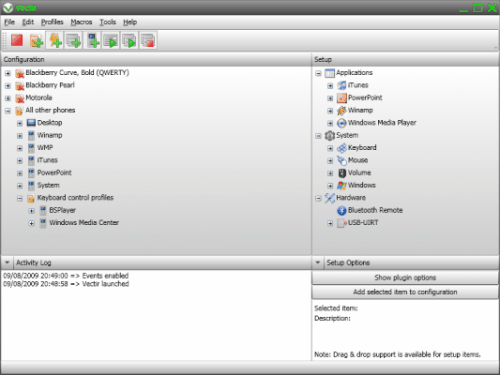 Vectir is available as a desktop client for the Windows operating system and a mobile version for cell phones supporting Java.