Microsoft has found themselves in yet another mix-up, yet its CEO personally apologized to devastated gamers. Microsoft CEO, Steve Ballmer, has apologized for unclear remarks made last week regarding careless word choices that led gamers to believe that a Microsoft would be releasing a new gaming console. Ballmer reportedly made an announcement that that a new Xbox console will be released in 2010. What Ballmer really was talking about was Project Natal which was announced by Microsoft earlier this month.

In a rare occasion, Ballmer apologized to the masses of gamers who were let down after the excitement of the news of an upcoming next generation console. After reports of gamers talking about the "new console" arose, Aaron Greenburg of Microsoft stated, "We're not going to be launching a new console any time soon." This devastated many excited gamers who are looking forward to any hints of next generation consoles to come in the distant future. 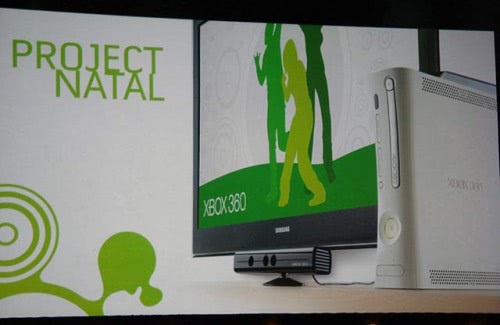 "I confused the issue with my poorly chosen words," Ballmer told IGN. "There is no news in my comments." Microsoft hasn't officially confirmed a date for the release of the add-on peripheral for the Xbox 360, but Ballmer's comments have led many to believe the "controller-free gaming and entertainment experience" will arrive sometime in 2010. Although, the confusion over the "new console" disappointed gamers, many are still excited about the upcoming feature for Xbox 360 which is likely to release in late 2010.

Project Natal, which was announced on June 1, 2009 featured many demos including a game called "Ricochet" where the player can use his or her body to bounce balls at blocks. Natal also allow players to log in to their console faced on facial recognition and try on clothes in 3D. Other demos shown at E3 were "Paint Party" where players can "throw" paint on walls using body motion and "Burnout Natal" where players can race in cars using their body motion to steel the wheel of the car instead of a controller that current gaming technology requires. Because of the new technology behind the project, the announcement has caused the Xbox 360 to gain more ground in the market.

The name Natal comes from Microsoft's tradition of code naming products from cities. The name Natal, a city in Brazil, was chosen by Microsoft's director, Alex Kipman, as a tribute to his home country. The word natal also means "relating to birth" where Microsoft shares its view that the addon is the "birth of the next-generation of home entertainment."