Computer software packages that can be loaded on an usb device seem to become more common these days. Many experienced computer users maintain a collection of computer troubleshooting and recovery tools on a DVD or removable device which comes in very handy when a computer system needs troubleshooting. All that is needed is to take the external Flash drive or DVD with you all the time to use it to repair systems whenever the need arises. 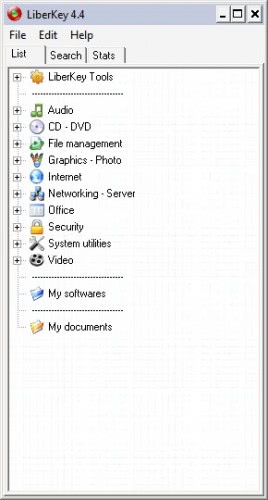 The list of supported applications reads like a who is who of the most popular free computer software programs. Everything seems to be there from Firefox over AIMP to Notepad++, True Crypt and WinSCP.

Liberkey comes with its own application launcher which can be extended with software that the developers have not already included in the packages. Software can easily be added by a simple right-click in the program's interface. It is furthermore possible to remove and add categories and applications from the application launcher.

A left-click will attach a new window to the launcher that contains information about the computer program while a double-click will load the software right away. 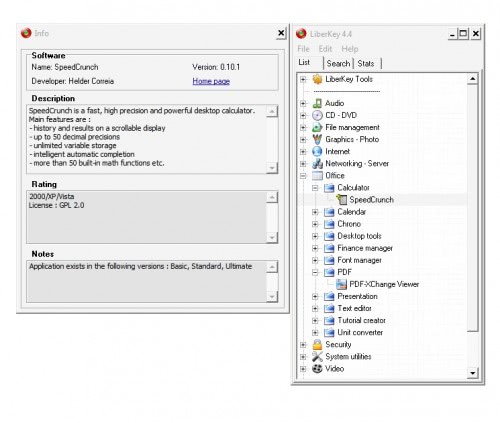 Liberkey will automatically check for computer program updates which can then be downloaded to replace the old programs. A free account is required to make use of the auto-update feature though. Liberkey is an excellent portable software suite that shines because of its update feature and extensibility.

Update: The latest version of Liberkey ships with 292 different applications with the ultimate suite occupying 686 Megabyte on the storage device when installed on it.