The technical world and the advance of the Internet has made it a necessity for many users to speak English. This does leave many users with at least two languages that they read and probably also write, which is usually not a big problem if the languages are closely related, say Dutch and German or English and German. Things become more difficult when you have to write in languages that are not related at all, like English and Japanese.

Keyboard Layouts differ depending on the country they are used in. A basic example is the differences between a German and English computer keyboard. The German keyboard swapped the Y and Z key for instance which can be really annoying when you play web games that use the YXC keys in the game for actions. 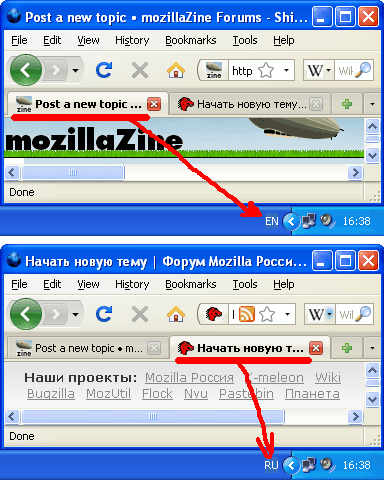 You need to have at least two different keyboard layouts installed on the computer system for the Firefox add-on to be of use. The add-on can be downloaded from the Mozilla homepage. It is available for the Microsoft Windows and Linux operating system.

Update: Please note that the add-on does not display the language indicator anymore in the browser's add-on bar, nor can it be added to it. You can still configure values for new tabs, search or page find but you can't change those selected languages anymore.

The Tab Lang add-on may still proof useful because of this even though its main feature is no longer available. A comparable add-on does not appear to be available at the time of writing.