The Internet Movie Database has finally added a new feature to their site that many users of the site have requested for years. As of now content, that is media, has been added that can be streamed on site. The content in question is a mix of TV episodes and independent films.

Everyone should however notice that most of the full movies and tv episodes are only available to US viewers. Users from other parts of the world will see a grayed out inactive Watch It button on the movie page which can be confusing for some users who may think that a technical issue like a missing plugin is keeping them from watching the movie.

The main reason for this move is that most content comes from other streaming media services like Hulu which are also only available to US viewers or those who know how to use a VPN to view the contents.

There seems to have been recent changes as well which are great for all users. Trailers and clips of movies are now prominently displayed on the right side and all users can watch them without restrictions. That's an interesting feature for many users who used to visit the Apple Trailers website to watch the latest movie trailers. 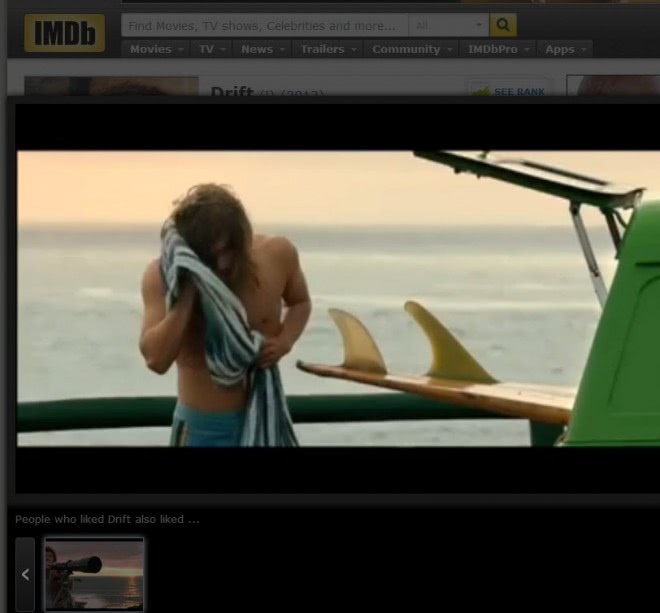 Movie trailers appear to be accessible for users from all over the world. To watch the trailer simply click on the watch trailer button and it should open on the page in an overlay.

IMDB in addition to that seems to have partnered up with streaming companies like Amazon's Lovefilm to provide access to movie streams on the site (at a cost).

The integration of media makes sense, as it is a natural addition to the contents that IMDb offers on its website already.

While it is unfortunate that most contents are access-restricted, at least movie trailers and clips can be played on the website without issues.

Martin Brinkmann is a journalist from Germany who founded Ghacks Technology News Back in 2005. He is passionate about all things tech and knows the Internet and computers like the back of his hand. You can follow Martin on Facebook or Twitter
View all posts by Martin Brinkmann →
Previous Post: « Sockso Music Server
Next Post: Joost Now Offering Browser TV »