I recently visited the size of Sarah Perez who is running the excellent Sarah in Tampa blog where a Twitter Follower counter caught my attention. The counter looks very similar to the Feedburner counter that I have added to my blog to display the number of users who are reading my RSS Feed each day.

You can head over to Twitter Counter if you want to create your own Twitter Follower counter to display your followers on your blog, website or even forum signature. All you need to do is enter your Twitter username and copy and paste the code that is displayed. 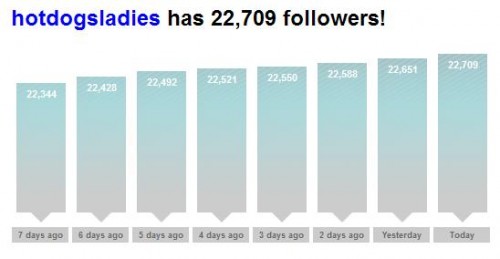 Visitors can look at the amount of followers of every Twitter account and even embed the stats from someone else on their website to show off, similar to those users who embed Feedburner accounts of other webmasters to display a larger number of RSS Feed readers.

IPVanish VPN Review: good performance, but not the cheapest

PureVPN Brings Faster Speeds than Ever with its 20Gbps Server Upgrade