Bin and Cue, Img and Iso files are disc image formats that store all the information of a CD, DVD, Blu-Ray or other optical disk type as a file image.

An ISO file contains all sectors of the disc from position 0 to its end.It is probably the most common format you come across on the Internet these days.

Bin and Cue files on the other hand work hand in hand. The cue file is a metadata file that defines how optical disc tracks are set up while the bin file contains the actual data that is burned to disc.

The img file type finally refers to binary files that store raw information. It is a sector-by-sector binary copy of the source optical disk or hard drive. As far as optical disc are concerned, they contain all track information but often also error correction information and control headers.

Users come across them on many occasions such as Linux distributions, Open Source software distributed on CDs or DVDs, and of course when downloading files from P2P networks, FTP, IRC or the Usenet.

All formats can be burned to CD, DVD or Blu-Ray depending on their size using a DVD burning software like Nero or my personal favorite ImgBurn for instance.

Another method favored by many is to mount those images as a virtual drive instead. This allows you to access the contents as if a disc would be in the drive, but without having to burn it first. This also improves access speed as data is loaded from the computer's hard drive and not a optical drive that is slower.

Pretty good if you just need to install something or watch a movie that was distributed as a bin, cue, img or iso file.

Several software programs exist that can mount those file types, one is named Daemon Tools but there are many more.

You simply create a virtual drive using your program of choice, browse to the location of the image file on your hard drive and select it from there. The disc will be mounted and is from then on accessible under the virtual drive letter in Windows. 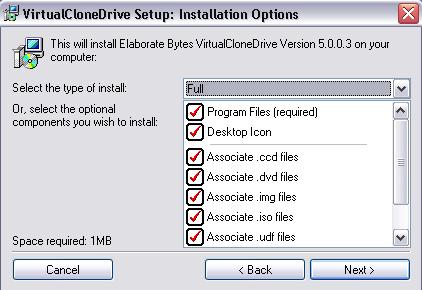 This is an excellent way to store CDs and DVDs on your computer. Great if you are traveling and do not want to take the original discs with you or to save power when using a notebook. It essentially means that you do not need to use the installed CD or DVD drive which saves the power.

Microsoft is offering a free unsupported software as well that is able to mount those files if you are using Windows XP.

Update: The Microsoft program is no longer available at the Microsoft Download Center. We suggest you use a third party alternative such as Isodisk or Virtual Clone Drive which both provide you with the same functionality.

Martin Brinkmann is a journalist from Germany who founded Ghacks Technology News Back in 2005. He is passionate about all things tech and knows the Internet and computers like the back of his hand. You can follow Martin on Facebook or Twitter
View all posts by Martin Brinkmann →
Previous Post: « How to avoid saving spaceball.gif at Flickr
Next Post: Clear Temporary Files during System Shutdown »