ImgBurn is a feature rich burning software for the Windows operating system. I have been using the software for a long time for the majority of CD and DVD related burning tasks. And while it may not be the easiest program to use, its feature-richness makes more than up for it. Plus, you get tutorials about all major features on the project homepage.

The developer has released an ImgBurn update yesterday which brings the version of the program to 2.5.7.0. It is the first update of the year, and only the third in two year's time.

Unlike the previous update which was massive in size, this one is smaller, and more of a maintenance release than one that introduces new major features to the application. Then again, if a software is already very good, there is little room for improvement left. 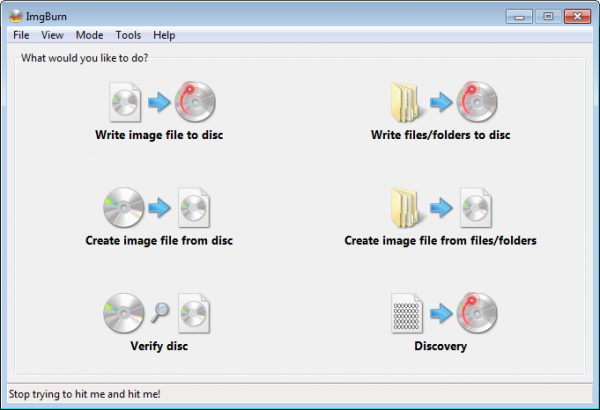 The ImgBurn changelog divides the changes into additions, changes and fixes. The additions are mostly new information that have been added to various pages of the program, plus support for LiteOn's SmartErase function and a few other feature editions that are rather specialized as well.

The new version fixes several program crashes and other issues with the program that the majority of users probably never came into contact with. Still, less bugs is always a good thing.

Existing ImgBurn users can check for updates right in the program interface. A click on Help > Check for ImgBurn Update takes care of that.

The update can also be downloaded from the official project website over at ImgBurn.com.