Nine Inch Nails is one of the few bands that is openly opposing the music industry by trying out new ways and methods to distribute their music. This time a full album called 'The Limitless Potential' containing 21 tracks of fan made Nine Inch Nail remixes were released to the public.

Several multitrack versions of Nine Inch Nails songs were released as Open Source earlier this year which have been used to create the remixes. So, the band made available some of their songs and the fans used them to create wonderful remixes of those songs.

The songs can be listened to on the official remix website, streamed or downloaded as torrents with a size of roughly 140 Megabytes. I took the liberty to link to the source multitrack songs by Nine Inch Nails which can be downloaded directly from the website listed below. 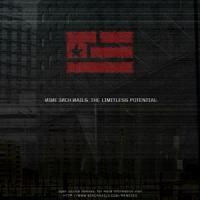 Update: We had to remove the first link from this article as it was no longer pointing to a site where you could download the Nine Inch Nails remixes. The second link which you see above is still working though.

The following official multitracks are offered on the site:

Update 2: New multitracks have been posted on the site.Â  This includes tracks from the albums The Slip, Ghosts I-IV, as well as non Nine Inch Nails multitracks from Trent, and unofficial multitracks.