I love to play flashgames when I'm on breaks or have some time at hand. The best thing in my opinion is that they are most of the time short enough to entertain you for a few minutes and that they can even motivate non-gamers to give it a try.. or two.

The following seven flashgames are games that I enjoyed playing in the last weeks. The gameplay ranges from puzzle games to action games which means that everyone should be able to find a suitable game to waste his precious time with.

Most games offer fun for a short period of time while Xeno Tactic, the only Tower Defense game, needs a bit more because of its complex nature and mission based goals. 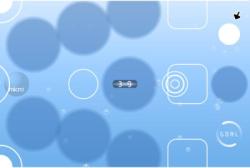 Oshidama Monthly is a game that requires a calm hand and good reactions. It is your task to move the ball within a certain time limit into the goal. You move the ball by moving your mouse next to it and pushing the left mouse button, billiard style so to speak. Several obstacles such as holes make it extremely difficulty to reach the goal in time. 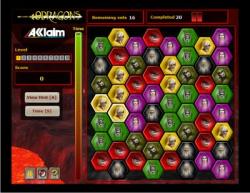 9 Dragons is a MMORPG developed by Acclaim and this is the flash game to promote this game. The player has to connect a certain number of similar pieces with each other by swapping pieces on the board. Three pieces or more of a kind that build a line are removed from the board and new random peaces fall from the top which could result in combos. 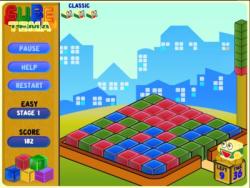 Another one of the so called Girlfriend-games. You have to remove all blocks in a level to advance to the next one. Blocks can only be removed if at least two of the same color are connected to each other. Cube Tema is a nice addictive game. 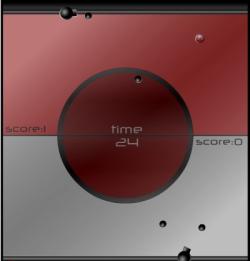 The player fights against a computer opponent in Turret Pong. The task is to shoot bullets with your canon at a red ball that slowly moves in the middle of the arena. If a bullet hits the ball the ball is changing its direction towards the computer opponent. The player gets one point if the ball crosses the line of the enemy canon. Upgrades can then be bought that let you fire more bullets or make them faster for instance. 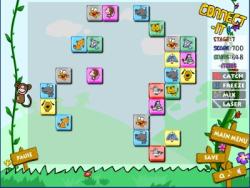 Connect It reminds me of a similar game that I played on the Commodore Amiga. I can't remember the name of the game but the gameplay was the same. Your task is to connect two blocks of the same color that can be connected by activating them. The blocks get removed if a line with no more than two direction changes can be build between the two. 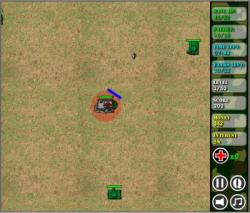 Protect your base against all kinds of tanks, mobile artillery and other enemies that shoot bullets and rockets at it. You protect the base by moving a shield that blocks the enemy attacks and ricochets them back at them. All enemies have to be defeated to advance to the next of the 50 levels.

Money is earned during missions which can be used to buy upgrades or repair your base. 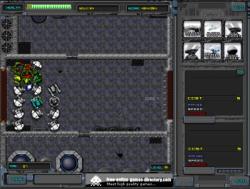 Finally a tower defense game with new game elements. The goal in Xeno Tactic is to complete all six missions each consisting of its own level and goals. The maps look different as well which motivates the player to go on and play just the next mission. Beware, each mission raises the difficulty level.